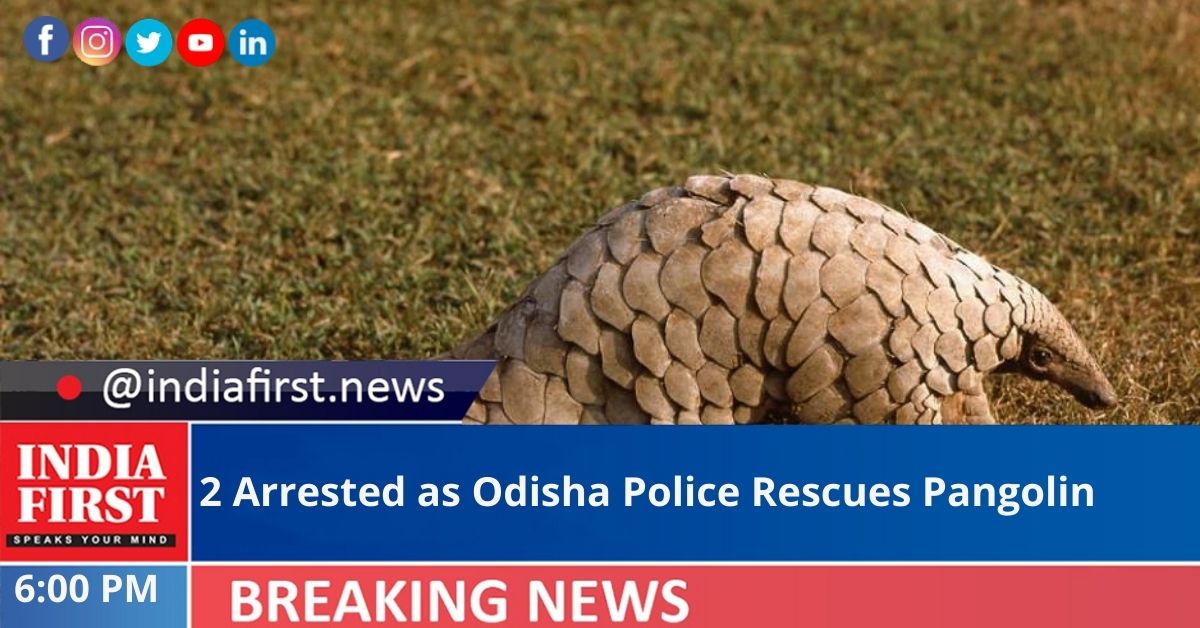 “STF, with the help of Baliguda forest officials, seized/rescued one live pangolin near Jakikia village under Baliguda forest range, Kandhamal. Two accused were arrested. Further investigation is on,” the STF informed through twitter.

With the help of forest officials, the STF team conducted a raid on NH-59 near village Jakikia under Baliguda PS of Kandhamal district yesterday and rescued the pangolin. Later, the police handed it over to DFO, Baliguda for safe custody, the STF said.

The two accused persons are identified as Sibananda Mallick and Rastra Bhoi, both from Kandhamal district. The accused were also handed over to the forest officials for necessary legal action at their end, it said.

During the last one year, the task force has seized seven live pangolins and 15 kg pangolin scales and arrested the wildlife criminals involved in the illegal trade.