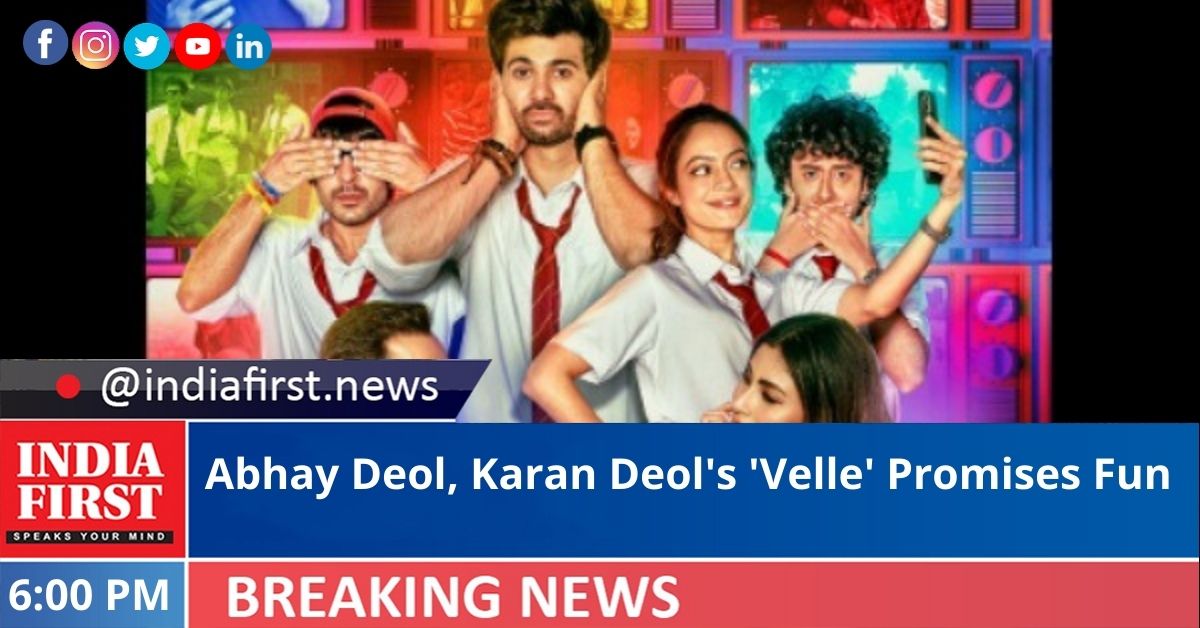 The makers of the upcoming film ‘Velle’ starring Abhay Deol and Karan Deol unveiled the trailer today promising a joyride filled with excitement and laughter.

The two-minute-long trailer starts with Karan, who is described as a ‘vella’ and his three other friend bump into a girl in the school campus. The trio befriends the girl named Riya. The next moment the three boys and the girl are seen making a kidnapping plan.

What follows next is a comedy of errors as Riya herself gets kidnapped and the kidnappers ask for a ransom of Rs. 10 Lakhs putting all the other three “velles” in stress.

Abhay is also introduced where he is shown narrating this story to actress Mouni Roy.