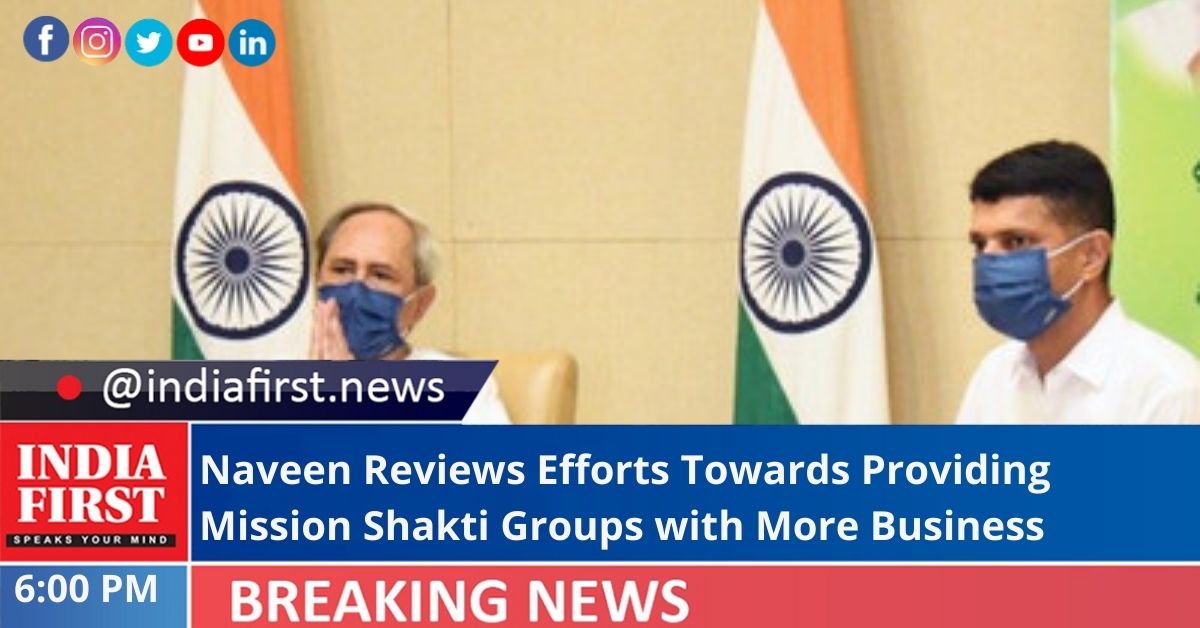 Odisha Chief Minister Naveen Patnaik yesterday said his government sees engagement of Mission Shakti groups as a part of its commitment towards economic empowerment of women in the state.

Patnaik said this while reviewing performance of 20 departments in provisioning government business to Mission Shakti Self Help Groups (SHGs).

Over 70 lakh women of 6 lakh SHGs have joined the Mission Shakti movement across the State. In its first Cabinet meeting held on May 29, 2019, the Naveen Patnaik government had approved the proposal on provisioning of government services & procurements worth Rs 5,000 crore through Mission Shakti SHGs in five years.

Accordingly, the state government has formed separate Department of Mission Shakti in March 2021. The Mission Shakti has been provided business worth of Rs 1,198 crore to 1,04,712 SHGs generating income of Rs 296 crore during 2020-21 in convergence with different government departments, official sources said.

During the meeting, secretaries of various departments presented their progress made so far and action plan for next three years.

“Let all our interventions be designed keeping this in mind. Let every service provided by government be seen from this angle and remuneration paid to the groups be reworked from this prospective,” Naveen told the secretaries.