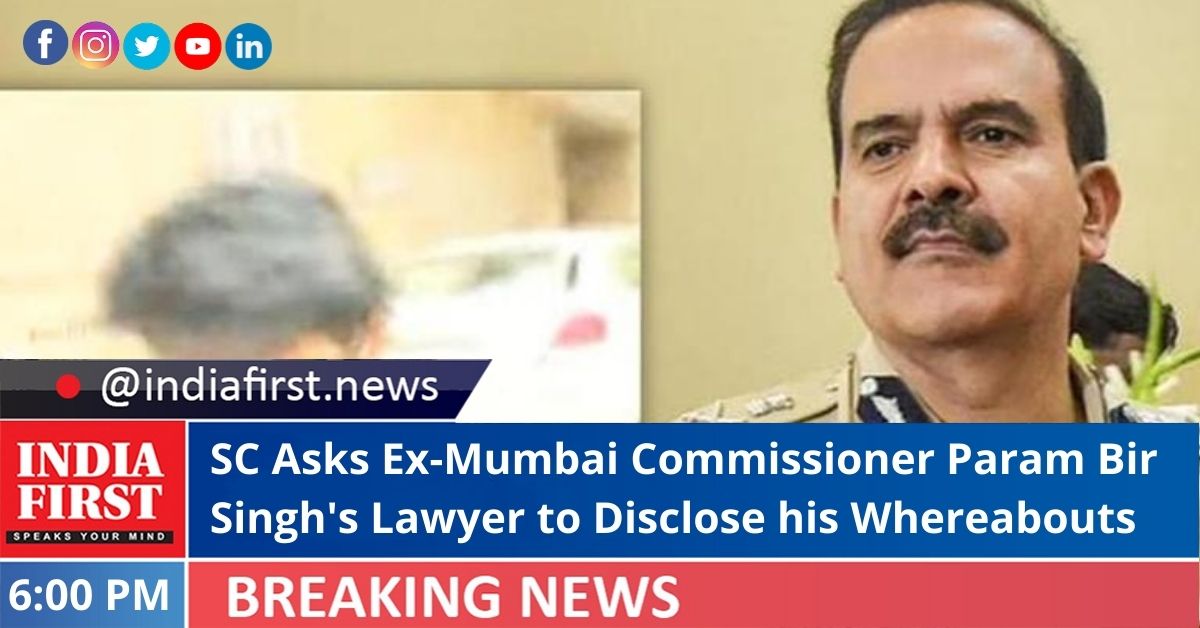 The Supreme Court on Thursday asked the counsel of former Mumbai Police Commissioner Param Bir Singh, declared a proclaimed offender by a magistrate court in an extortion case, to disclose which part of the world or the country he is in, and without these details, the court would not entertain his plea seeking protection.

A bench headed by Justice S.K. Kaul told senior advocate Puneet Bali, representing Singh, “Where are you… within the country or outside. First, I want to know where are you.”

Bali replied that his client’s whereabouts would be known to the counsel-on-record.

Justice Kaul sought a response from the counsel-on record, who replied that he is not aware about Singh’s current location.

Bali submitted, “If I am allowed to breathe. I may come out of the hole…”

Dissatisfied with the answer, the bench said such actions lead to lack of confidence in the system, “you have not joined the investigation, no one knows where are you”.

The bench gave an example that if it were to assume that Singh is outside the country and waiting for a favourable court order as a condition to return.

Justice Kaul said: “Only court orders in your favour, you will come…no protection and no hearing. First, answer where he is. Which part of the world or country?”

The top court was hearing Singh’s petition seeking protection orders in an alleged extortion case. The top court has scheduled the matter for further hearing on Monday and asked Singh’s counsel to disclose his current location.

Earlier this week, a magistrate’s court in Mumbai declared Singh a “proclaimed offender” in an extortion case registered against him and other police officers in the city.

The Crime Branch of Mumbai Police had sought the proclamation, saying he could not be traced even after the issuance of a non-bailable warrant against him.

In the previous matter, while hearing former Maharashtra Home Minister Anil Deshmukh plea against the CBI, Justice Kaul noted that Singh’s absence is not a good situation and such things cause lack of faith in the judicial system.

The top court dismissed Deshmukh’s plea seeking direction to the CBI to adduce the records of preliminary inquiry against him by the CBI, ED and for constitution of a SIT to probe alleged corruption and money laundering charges.