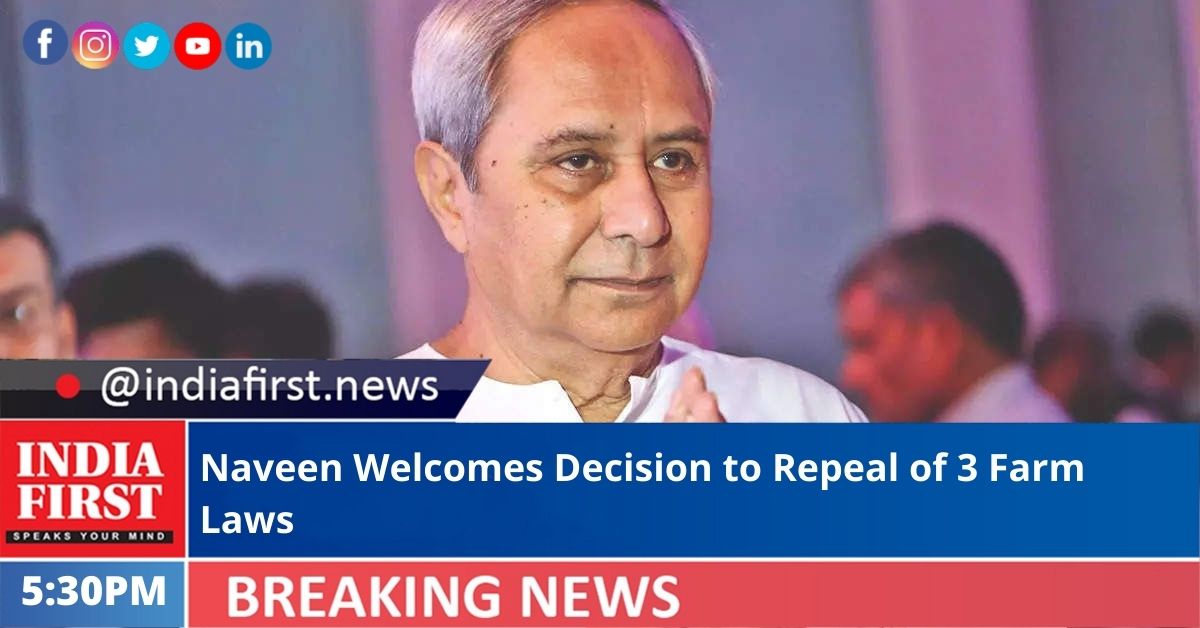 Odisha Chief Minister Naveen Patnaik today welcomed the decision to repeal three farm laws and said the BJD will continue to stand with the farmers.

“Welcome Hon’ble PM @narendramodi ji’s decision to repeal all 3 #FarmLaws, in the best interests of the country and its farmers. Your farms and families have been waiting for long and they will be happy to welcome you back. @bjd_odisha continues to stand with the farmers,” Naveen said in a tweet.

Earlier in the day, Prime Minister Narendra Modi announced that his government has decided to repeal the three farm laws, which were strongly protested by farmers across the country.

The three laws are – The Farmers’ Produce Trade and Commerce (Promotion and Facilitation) Act, The Essential Commodities (Amendment) Act and The Farmers (Empowerment and Protection) Agreement on Price Assurance and Farm Services Act.

Though the BJD supported many Bills, including the controversial Citizenship Amendment Bill, it had opposed certain provisions of the farm laws.

The party demanded that the Bills be sent to the Select Committee as the concerns of the small and marginal farmers on MSP have not been addressed properly.

Meanwhile, Naba Nirman Krushak Sangathan termed it as a victory of farmers and said protests will continue till the laws are repealed in Parliament.