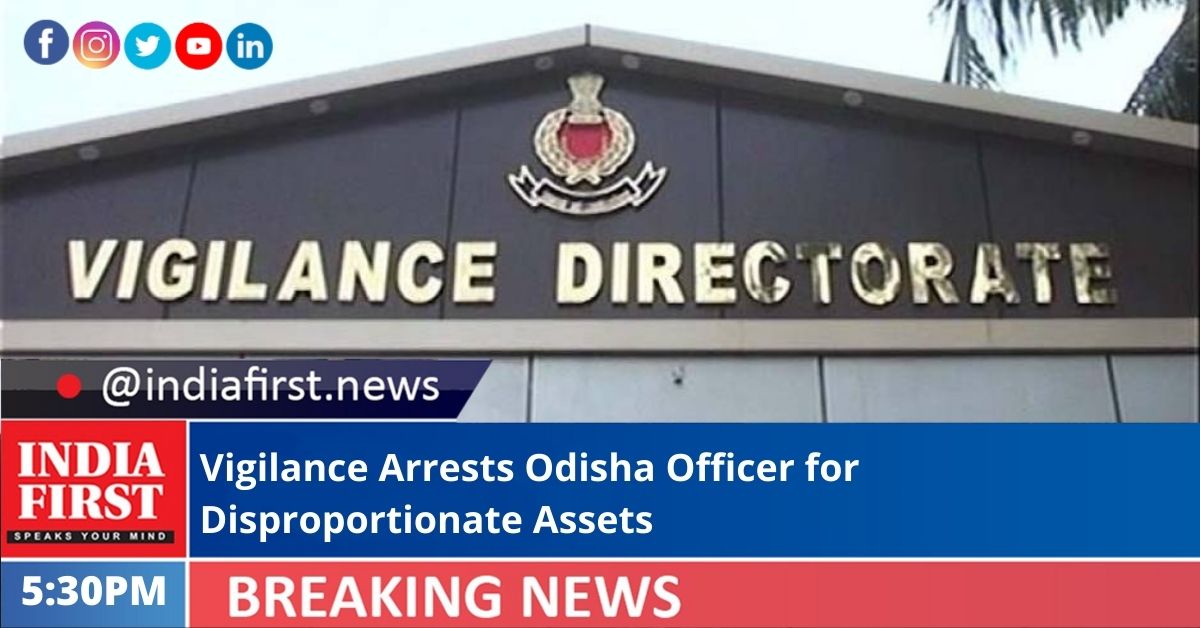 The Odisha vigilance today arrested an engineer for possession of disproportionate assets worth Rs 2.70 crore, including demonetised cash of Rs 35,000.

In a statement, the vigilance said four of its teams yesterday conducted simultaneous raids on the properties of Rusinath Barala, Assistant Executive Engineer in the Rural Development Department of the Odisha government in Khurda, Dhenkanal and Nayagarh districts.

The raids were conducted till late last night.

During the raid, the vigilance teams found two buildings, nine plots, a four-wheeler, a two-wheeler, bank deposits of over Rs 44.73 lakh, insurance deposits of over Rs 13.42 lakh, gold and silver ornaments worth Rs 9.04 lakh, cash of Rs 1.30 lakh and other movable and immovable properties, all totalling to over Rs 2.51 crore.

A total of Rs 35,000 demonetised cash was also recovered from Barala during the house search.

The anti-corruption wing of Odisha said that the total disproportionate assets of the engineer were about 397 per cent more than his known sources of income.