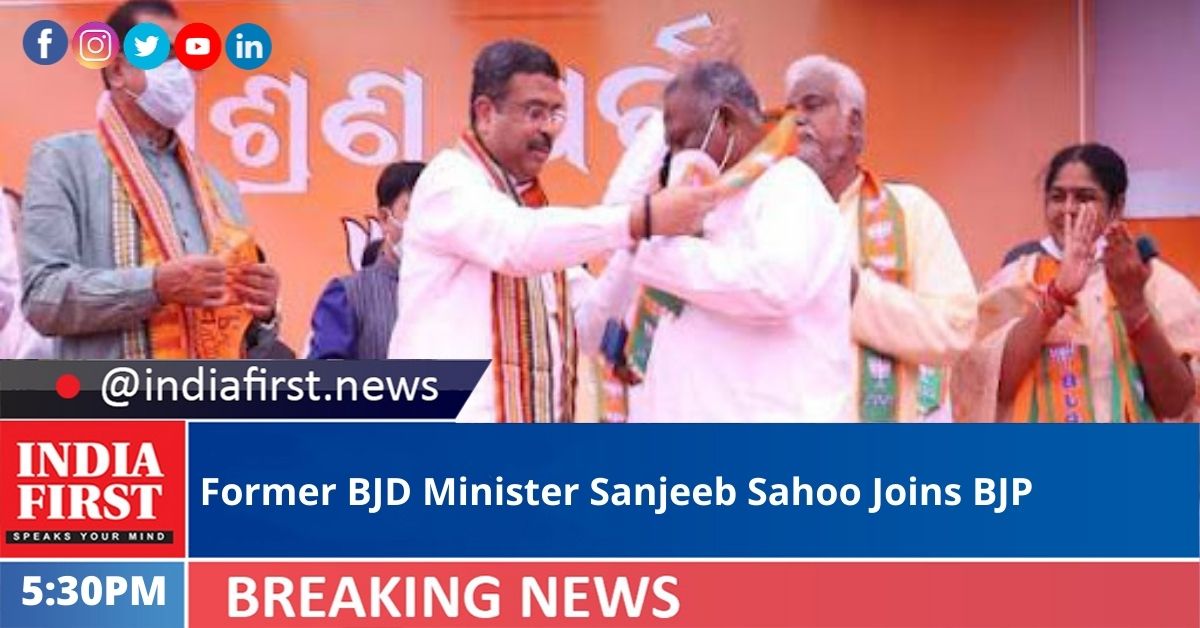 Former Odisha minister and four-time Biju Janata Dal (BJD) legislator Sanjeeb Sahoo along with hundreds of his supporters joined the Bharatiya Janata Party (BJP) at a function in Bhubaneswart yesterday.

He joined the BJP in presence of Union Minister Dharmendra Pradhan, the party’s Odisha unit president Samir Mohanty, and other senior leaders.

“After consulting my supporters and well-wishers, I have joined the BJP today for development of my constituency,” Sahoo said. With his joining, the party is hopeful to strengthen its base in Athmallik constituency in Angul district.

Sahoo had resigned from the BJD on November 3 this year citing personal reasons.

The 61-year-old politician was first elected as an MLA from Birmaharajpur constituency in Sonepur district on a BJD ticket in a 2003 bypoll.

In 2004, he was re-elected to the Odisha Assembly from the same constituency, and was elected from Athmallik constituency twice in 2009 and 2019.

However, the BJD had denied ticket to the four-time MLA during the 2019 polls and pitted former bureaucrat Ramesh Chandra Sai for Athamallik constituency. Following this, he felt neglected by the BJD.