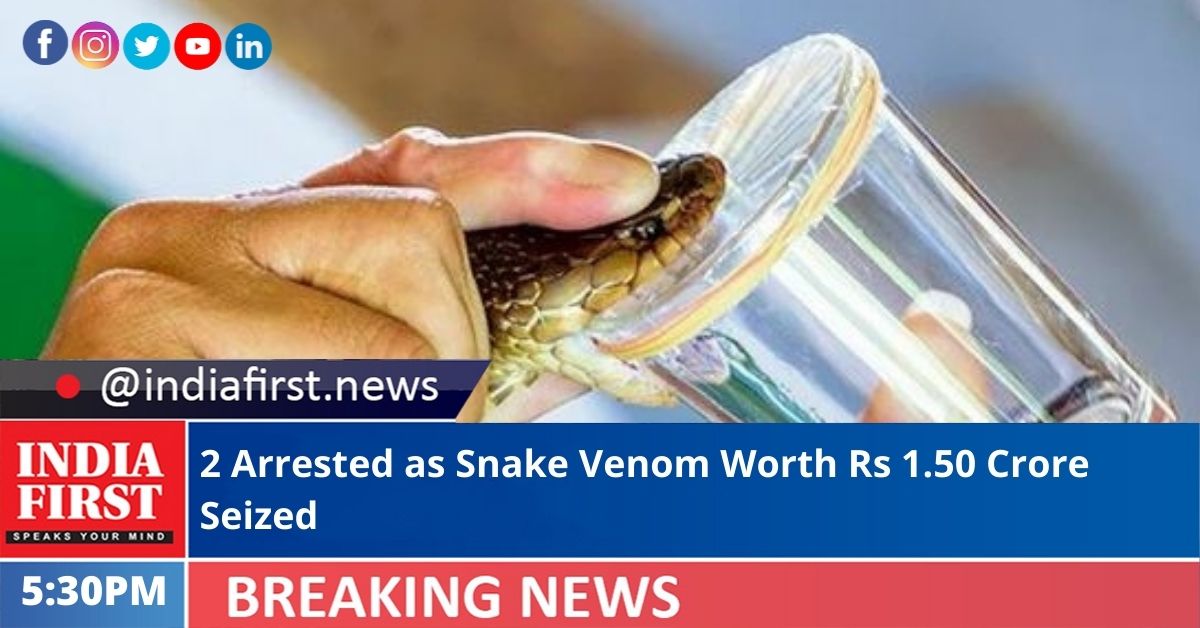 Odisha police have seized snake venom of over 1 kg whose market value will be around Rs 1.50 crore and arrested two persons in this connection, police officials said yesterday.

The Deogarh district police received reliable information from a source that two persons are planning to sell venom of 1 kg at Tarang village under Reamal police limits of the district.

Soon after getting the information, police rushed to Sindurpank of Sambalpur and met the suspected accused posing as customers. At the spot, the police found two persons who had come with a glass container filled with snake venom of about 1 kg, the officials said.

Following which, the two — Kailash Chandra Sahu and Ranjan Kumar Padhi — were arrested.

A case has been registered against the accused and further investigation initiated.