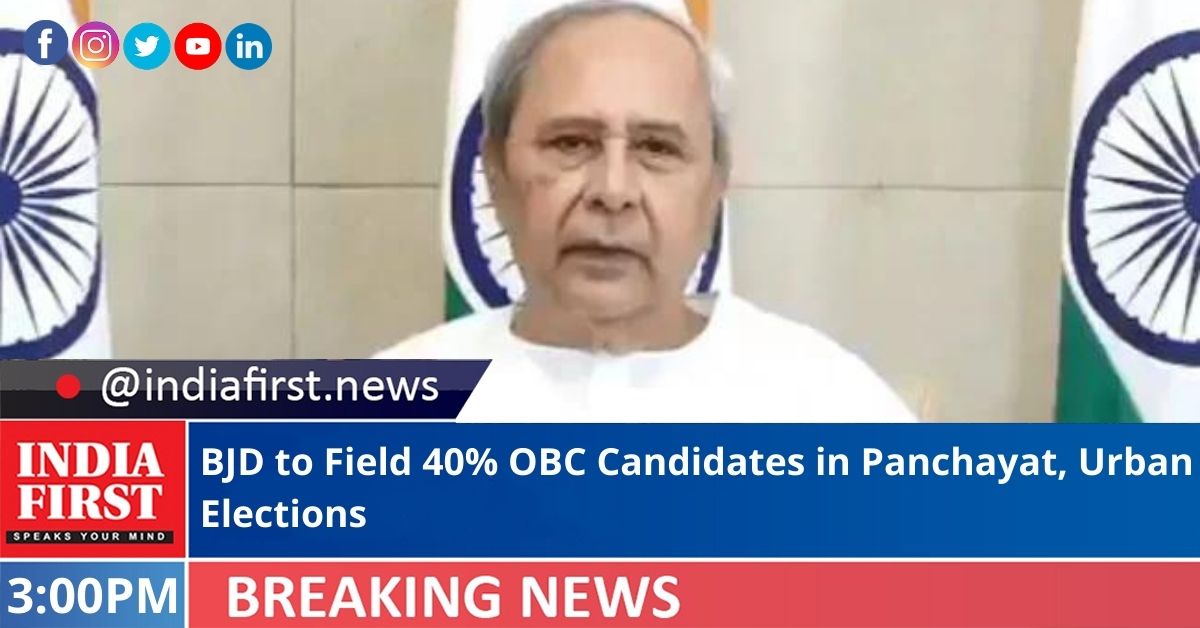 The Biju Janata Dal (BJD) led by Odisha Chief Minister Naveen Patnaik has decided to nominate at least 40 per cent OBC candidates for the upcoming panchayat and urban local body elections in the State.

The BJD executive committee has passed a resolution to this effect at its meeting held in Bhubaneswar yesterday, said BJD leader and minister Arun Kumar Sahoo.

Notably, the state government had removed reservation of seats for the OBC community from the panchayat and urban polls following the Supreme Court’s direction.

Meanwhile, Opposition BJP and Congress have termed the decision an eyewash to woo the OBC voters.

OBC wing president of the BJP, Suratha Biswal said, “Though there was no reservation, about 50 OBC MLAs are there in the present Assembly. So, without playing politics over the issue, will the BJD government file a review petition in the Supreme Court?”

Similarly, Gyana Beura, OBC cell chairman of Odisha Congress, said the ruling party has taken this step for its political gain. During the last panchayat polls, the BJD had nominated about 60 per cent OBC candidates. So there is no meaning of saying they will give 40 per cent reservation to the OBC for the upcoming polls, he said.