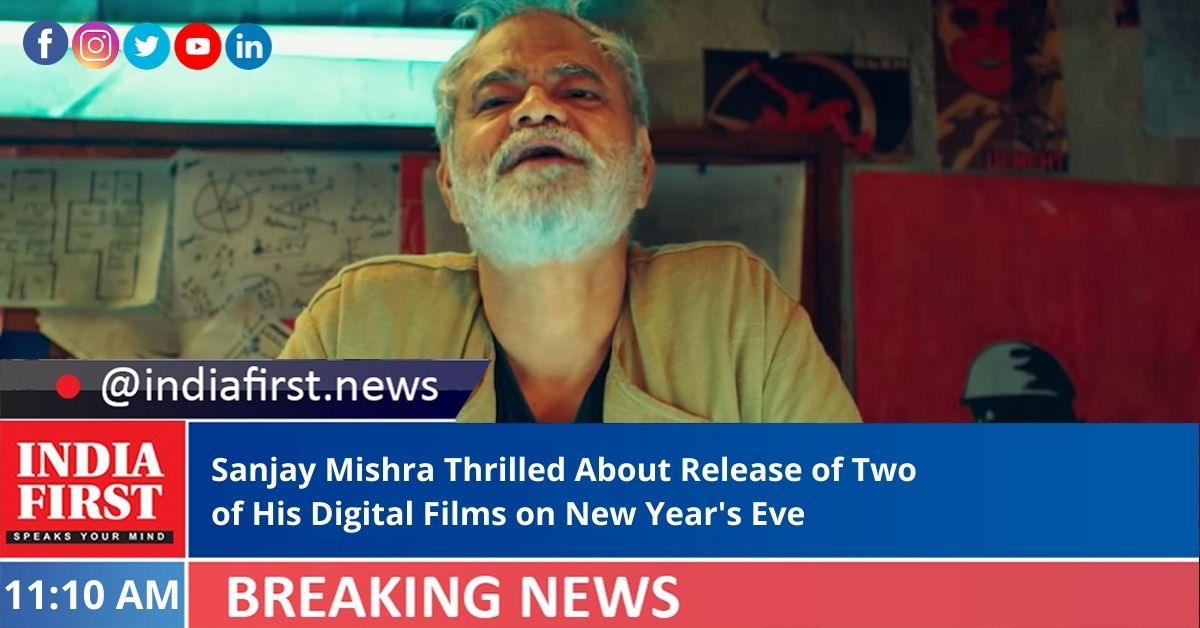 As two of his films – ‘Waah Zindagi and ‘Turtle’ – are releasing on OTT today, actor Sanjay Mishra says it couldn’t have been more exciting than this to end the year with.

Both the films are releasing on ZEE5.

‘Waah Zindagi’ is a slice-of-life story about a fickle boy who is set to redeem his past. Besides being a quirky and unconventional love story, the film is a journey of a destitute farmer’s son struggling hard to become an entrepreneur to win his childhood sweetheart.

‘Turtle’ is inspired by the real story of Ramkaran Choudhary (Bagod) from village Dehlod, Rajasthan. The movie won critical acclaim at various film festivals and also received the award for Best Rajasthani Film at the 66th National Film Awards.

Sanjay is playing a pivotal part in both films.

Talking about the release, the actor said, “I am delighted that two of my special films ‘Turtle’ and ‘Waah Zindagi’ will be premiering on ZEE5. The entire team has put in a lot of hard work and it couldn’t have been released at a better time than the eve of the New Year for the viewers. I am hopeful that people will take away something after watching these films and that they love the way we have presented them.”