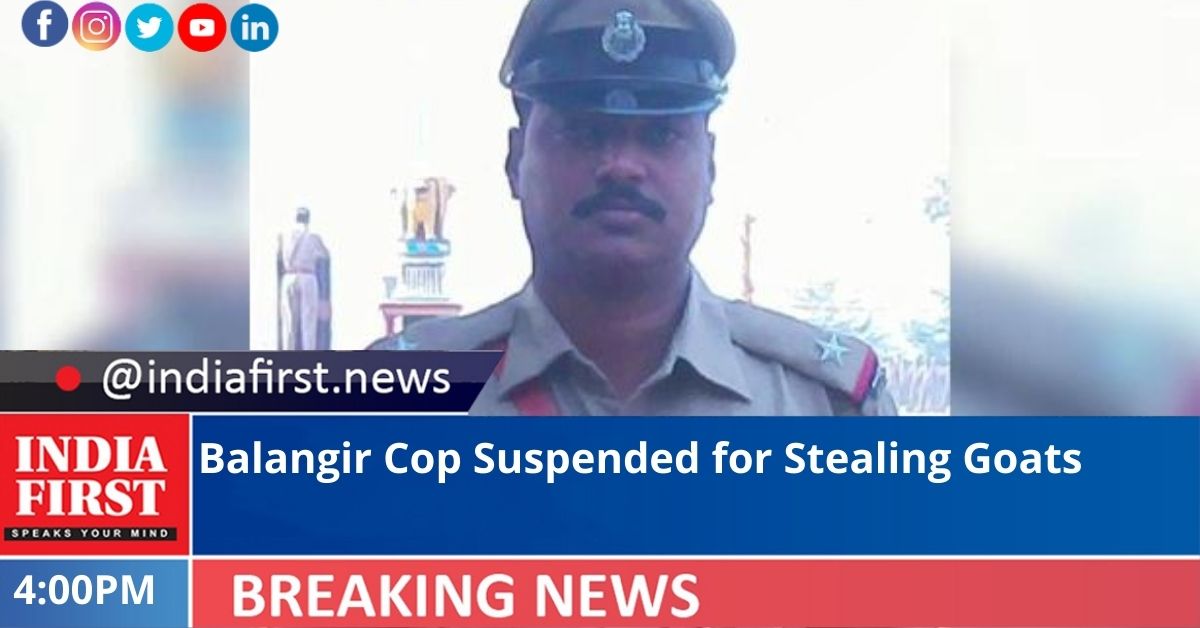 An Assistant Sub-Inspector of Odisha Police has been suspended on charges of stealing two goats for a New Year feast, police said.

ASI Suman Mallick of Sindhikela police station in Balangir district has been suspended for allegedly being involved in stealing goats.

Sankirtan Guru, owner of the goats, alleged that his two goats had been taken away and killed by the ASI when the animals were roaming in the police station premises. He claimed that his daughter saw police officials chopping the goats.

Guru alleged that when he tried to lodge a complaint seeking compensation, the police did not do so and instead, threatened him.