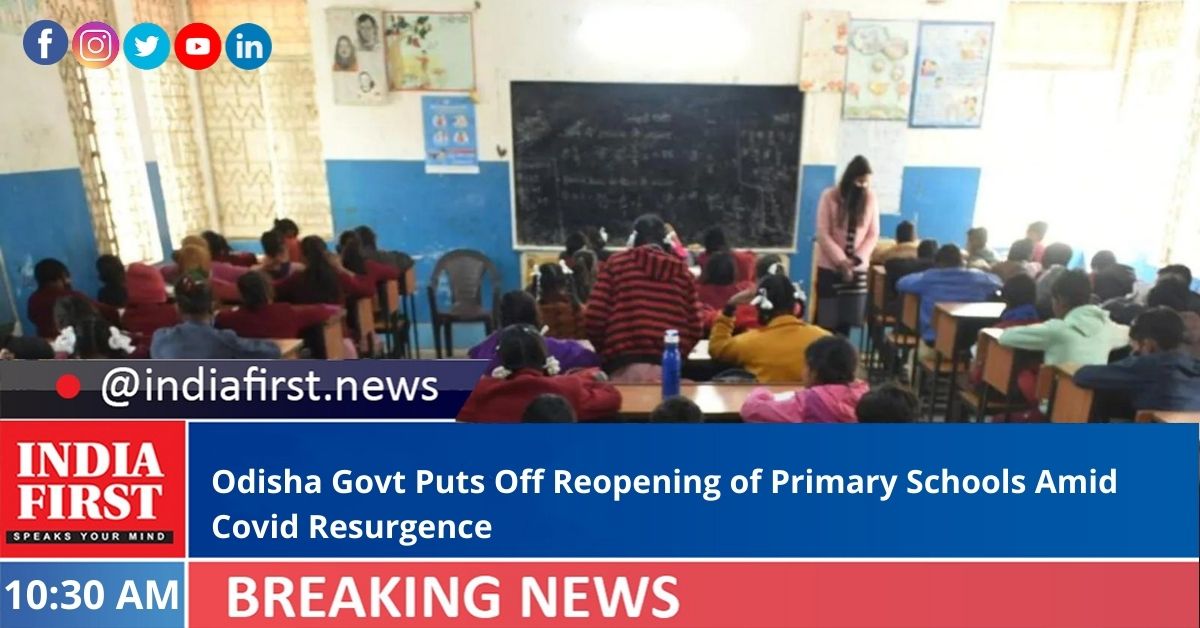 With the sudden rise in Covid-19 cases in the state, the Odisha government yesterday withheld decision to reopen schools for class I to V from January 3.

The state government had decided to reopen the primary schools in two phases on January 3 and January 10, said School and Mass Education Minister Samir Ranjan Dash.

“Our nodal officers had visited various districts and took opinions from guardians. It was observed that the guardians have some reservation on reopening of schools,” said Dash.

In the meantime, Covid cases are also rising in a rapid way in the state. In past two days, the number of cases has almost doubled, he said.

Keeping above facts in mind, the state government has decided to put on hold the decision for reopening of primary schools for class I to V students, informed the Minister.

However, the classes for class VI to X students will continue as usual. The summative-1 examination will be held for class X students from January 5 to 8 as per the schedule, an official of the department said.

Odisha reported 424, including 67 of age group 0-18 years, new Covid-19 cases in the past 24 hours which is the highest in the last two months. The state had reported 298 Covid cases the previous day.