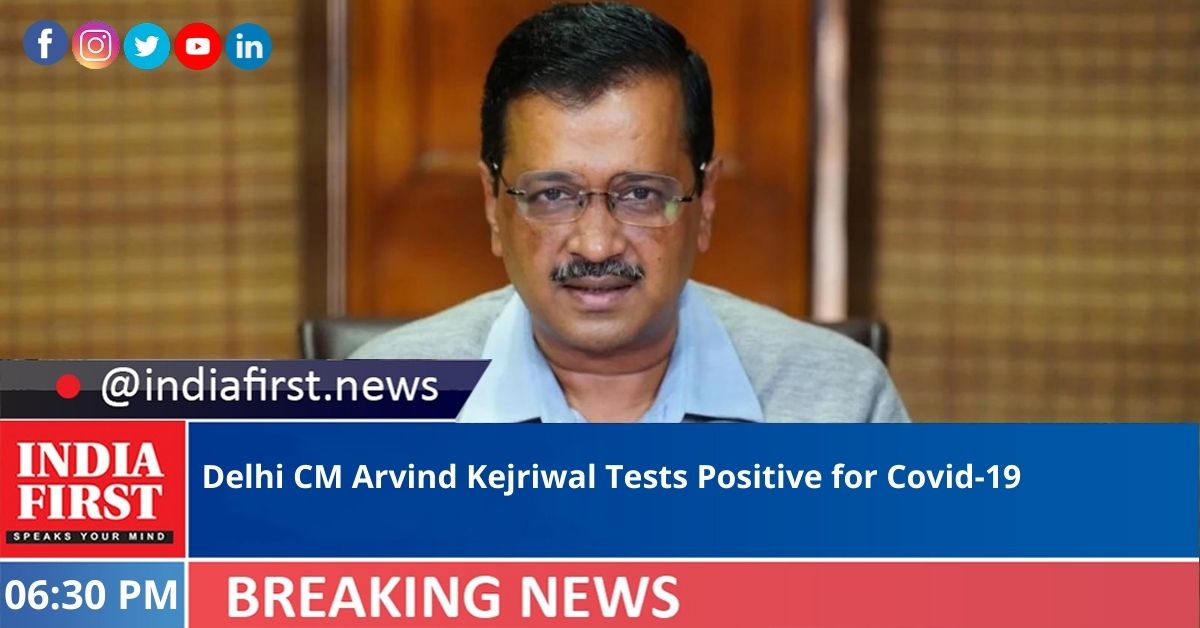 Delhi Chief Minister Arvind Kejriwal today announced that he has tested positive for Covid-19, adding that he has “mild symptoms” and was isolating at home.

Taking to Twitter, he said: “I have tested positive for Covid. Mild symptoms. Have isolated myself at home. Those who came in touch wid me in last few days, kindly isolate urself and get urself tested.”

The Aam Aadmi Party (AAP) national convener had campaigned in Uttarakhand on Monday after having visited Punjab and other poll-bound states like Goa.

During the devastating second wave of the pandemic in the country in April 2021, the Chief Minister along with his wife Sunita had tested positive for the virus.

Today’s development comes as the daily Covid-19 cases in the national capital is on the rise, with the city reporting 4,099 fresh infections and a positivity rate resting at 6.89 per cent until Monday evening.

On December 29, 2020, the Delhi Disaster Management Authority (DDMA) had ordered a ‘yellow’ alert in the capital which is declared when the infection rate continues to be either at the mark of 0.5 per cent positivity for two consecutive days or crosses it.

Of the cases being reported in the national capital, 81 per cent are that of the new Omicron variant, Health Minister Satyendra Jain had said in the Legislative Assembly on Monday.

The capital has, so far, detected 351 Omicron cases, of which 57 have been discharged from the hospital.

The DDMA is likely to strengthen the already existing restrictions to curb the spread of the virus.

While ideally, the yellow alert should be followed by amber, but Delhi’s positivity rate has crossed 5 per cent — mark set for imposition of red alert in the capital.

In either of the alerts, the already existing restrictions will be strengthened with a few places, activities being completely banned under the level 2 (amber) restrictions and a complete lockdown in level 4 (red).