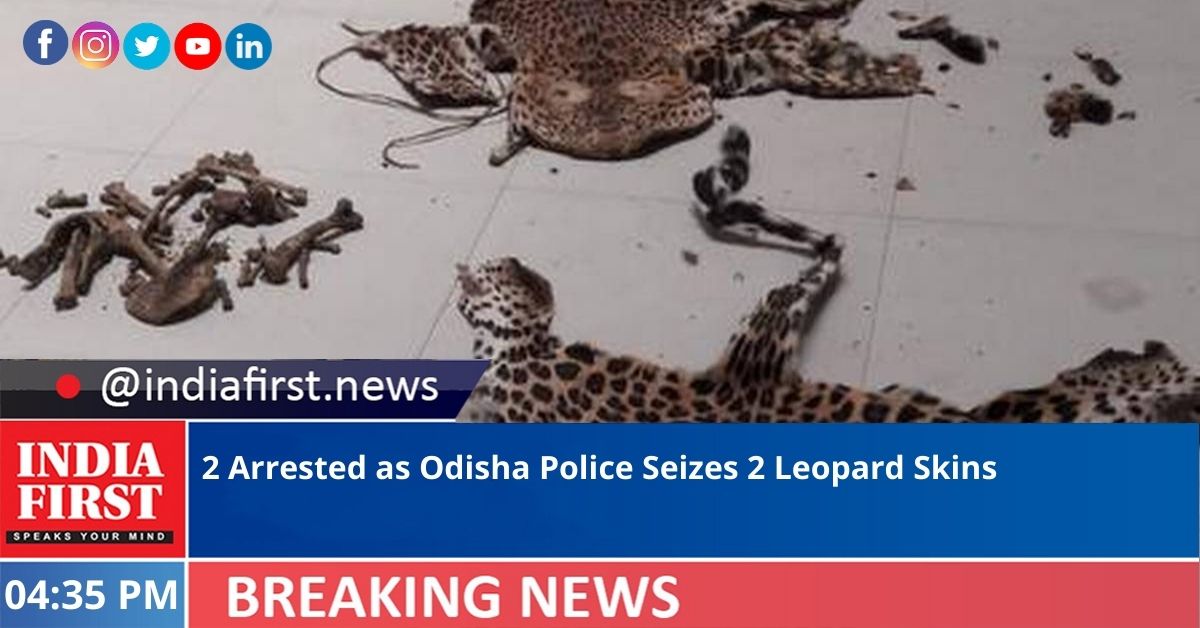 Acting on a tip-off, a team from the task force, with the help of forest officials, yesterday conducted a raid near S.C.B. Junior College, Ragdha, under Betanati police station of Mayurbhanj district and seized two leopard skins.

The accused have been identified as Prasanta Kumar Mohanty and Gora Bindhani, both natives of Mayurbhanj district, the police said.

The STF officials handed over the two criminals to the local forest authority. The police said they will send seized leopard skins to Wild Life Institute of India, Dehradun for chemical examination.