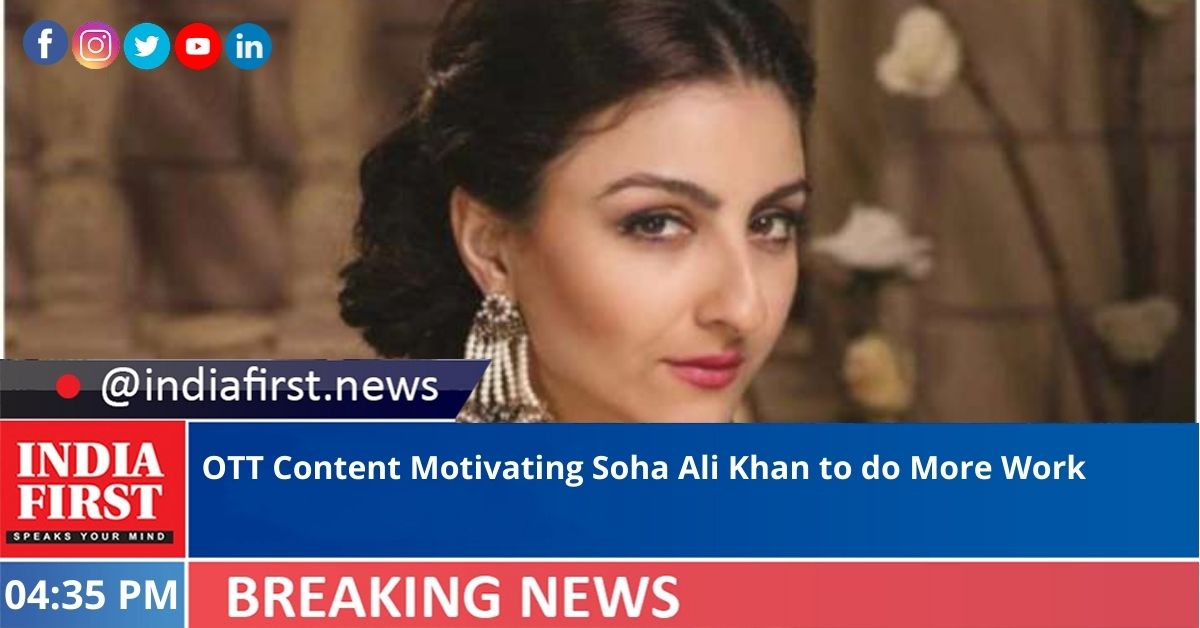 Making her debut in 2004, Soha Ali Khan is one of those actresses who has only appeared in selected films and despite being the daughter of yesteryear actress Sharmila Tagore and sister of actor Saif Ali Khan, she managed to establish herself as a moderately famous actress.

As she makes her comeback in acting and debuts on OTT with ‘Kaun Banegi Shikharwati’, she says the OTT space is so very exciting for her to take up more acting projects.

Asked about what attracts her towards OTT and Soha said: “I think it is not just about OTT but how the audience is changing. When I started my acting career, back then people would mostly look for aspirational content and wanted to live the life they desire to have, through films. Now people are looking for relatability and they want to see themselves represented on-screen.

“People want to see their own story, desi kahaani that we say…instead of aping the west. That shift has given the opportunity for more stories and made this space interesting. That is why OTT is a more interesting space for me to do more work. I love this idea of telling a story in series because here we have the space for each character where I as an actor will be able to do a multi-layered performance that is more nuanced.”

Soha was last seen in the film ‘Saheb, Biwi Aur Gangster 3’ that released in 2018.

She further added, “In between when I was not working, I was actually quite obsessed with my daughter, I love my daughter. I know, it is a very mummy thing but when I came back on the set and faced the camera, I realised I belong here. Apart from being the mother of my daughter, the next most exciting thing for me is acting.

“I also did another show called ‘Hush Hush’ that will also release soon. But I promised to myself to do more acting assignments because on one hand, thanks to OTT, much more exciting content is in the making and also I learned to balance between my mommyhood and acting gig.”

The show ‘Kaun Banegi Shikharwati’ also features Naseeruddin Shah, Lara Dutta, Kritika Kamra, and Raghubir Yadav, among others – and it releases on January 7 on ZEE5.