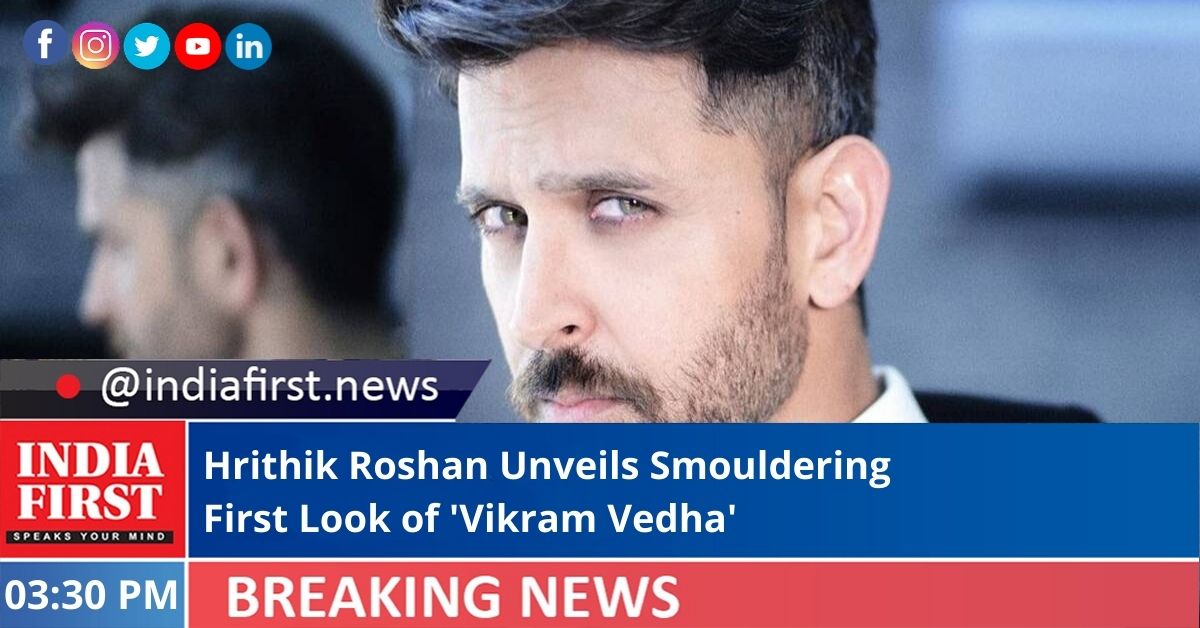 On his 48th birthday today, Bollywood star Hrithik Roshan treated his fans with his first look as Vedha from the upcoming film ‘Vikram Vedha’.

Hrithik took to Instagram, where he unveiled his look. Covered in blood, the actor is seen sporting a rugged yet intense look as he sports a heavy beard and mustache. The star completed his look with sunglasses and staring at the camera lens.

“VEDHA. #vikramvedha,” he wrote as the caption for the image, which currently has 882K likes on the photo-sharing website.

The film stars Hrithik and Saif Ali Khan in lead roles, with Radhika Apte in a crucial role. Pushkar and Gayatri, the original writers and directors, are donning the directora¿s hats for the Hindi remake as well.

A cult film in its own right ‘Vikram Vedha’ is a neo-noir action crime thriller film. Based on the Indian meta-folktale ‘Vikram aur Betaal’, the film tells the story of a tough police officer who sets out to track down and kill an equally tough gangster.

‘Vikram Vedha’ will hit the big screens globally on September 30.