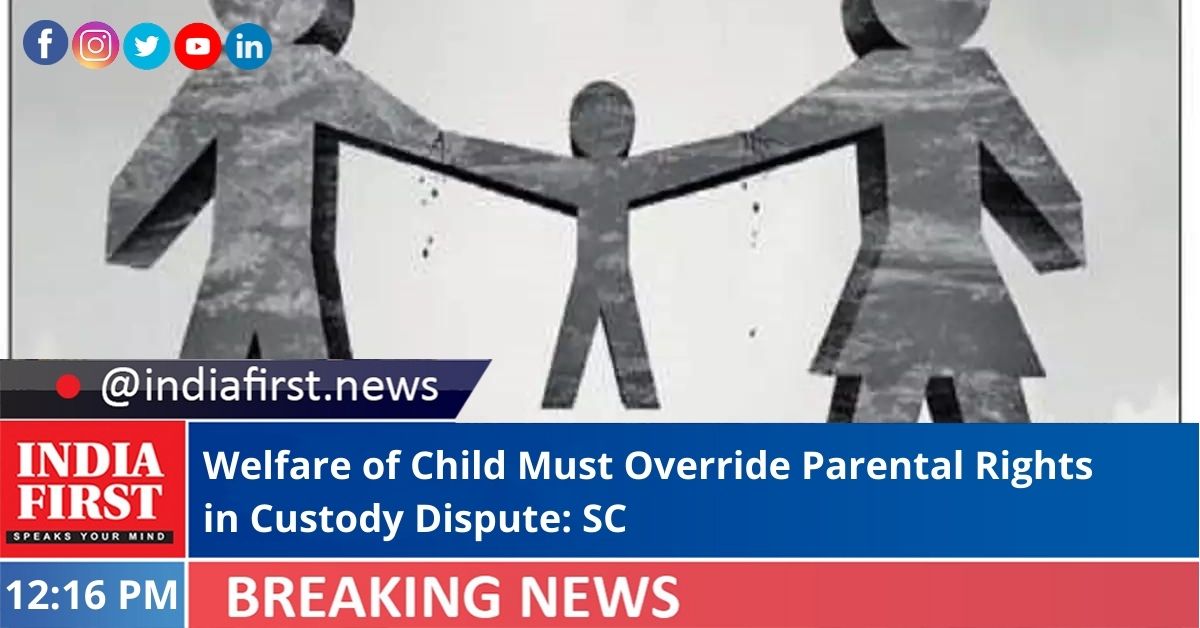 The Supreme Court has observed that the well-being and welfare of the child must get precedence over the personal rights of the parents.

A bench comprising Justices Ajay Rastogi and Abhay S. Oka yesterday said: “The principle that the welfare of the minor shall be the predominant consideration and that the rights of the parties to a custody dispute are irrelevant has been consistently followed by this court.”

The top court made these observations in custody litigation between a US resident and his wife for their minor boy. The woman’s counsel argued that to compel the primary caregiver to return to the US under the rule of “best interest of child” will amount to an invasion of her fundamental right of autonomy which is a part of the right of privacy guaranteed under Article 21 of the Constitution.

Counsel added that citizenship of a child has nothing to do with the welfare principle and a child may be a citizen of any country, but if the competent court finds that it is in the best interest of the child that he is brought up in India, the child should be permitted to stay in India.

The woman added that if the child is placed in the custody of her husband on the grounds that she is not interested in going to the US, the child will be reduced to a chattel.

Holding “the consideration of the well-being and welfare of the child must get precedence over the individual or personal rights of the parents”, the bench noted that when a court decides that it is in the best interest of the minor to remain in the custody of one of the parents, the rights of the other parent are bound to be affected.

“If interest of the minor, which is the paramount consideration, requires that the custody of a minor child should not be with the mother, the court will be justified in disturbing the custody of the mother even if the age of the minor is less than five years. In such cases, the rights of the father or the mother, as the case may be, conferred by clause (a) of Section 6 are bound to be affected,” it said.

Stating the welfare of the child depends on several factors, the bench said: “A custody dispute involves human issues which are always complex and complicated. There can never be a straight jacket formula to decide the issue of custody of a minor child as what is in the paramount interest of a minor is always a question of fact.”

The top court passed a few directions in the custody case. It said if the mother intends to travel to the US, then she would communicate her willingness to the husband within 15 days from Wednesday and then the husband will make proper arrangements for her separate stay after consulting her.

The bench added that if the woman is not willing to visit the US along with her minor son and fails to communicate her willingness to visit the US within a period of 15 days from Wednesday, it will be open for the husband to take custody of the child.