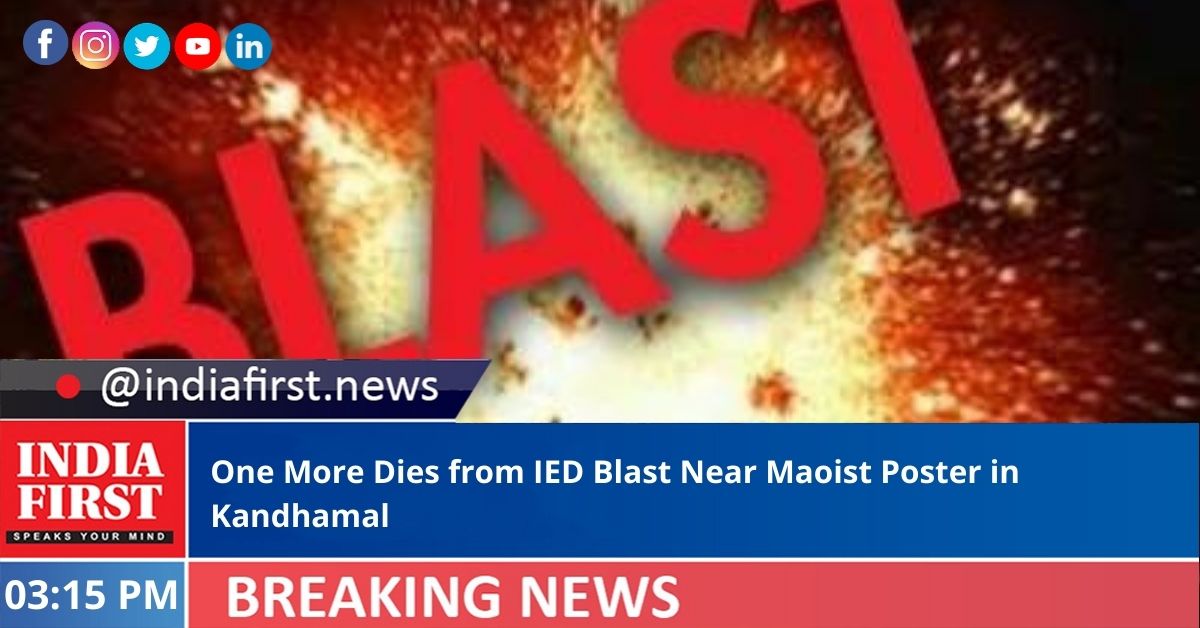 A young man was killed in an IED (improvised explosive device) blast suspected to be planted by Maoists in Kandhamal district of Odisha yesterday, police said.

The incident occurred near a Maoist poster put up near Sadingia-Kiamunda village under Phiringia police station of Kandhamal district, just four days after the death of a journalist in a similar blast in neighbouring Kalahandi district. The deceased has been identified as Priyranjan Kanhr, a resident of Kiamunda village, the police said.

The blast happened about 200 meters from the place where the Maoists torched two road construction equipment on Monday midnight.

The Maoists have also put some hand-written posters at the spot, with an appeal to the villagers to boycott the ensuing Panchayat polls, withdrawal of CRPF camps in the area and the district, and adequate payment of wages to labourers.

Police said the ultras, suspected to be members of the Kalahandi-Kandhamal-Boudh-Nayagarh (KKBN) division of the banned CPI (Maoist), which is active in the area.

“We have sent bomb disposal squads to thoroughly scan the entire area where the blast occurred. A detailed investigation has also been launched,” Kandhamal SP Vinit Agrawal said.

On February 5, Rohit Biswal (43), a journalist was killed in a similar IED blast while covering posters put up by Maoists in Kalahandi district.