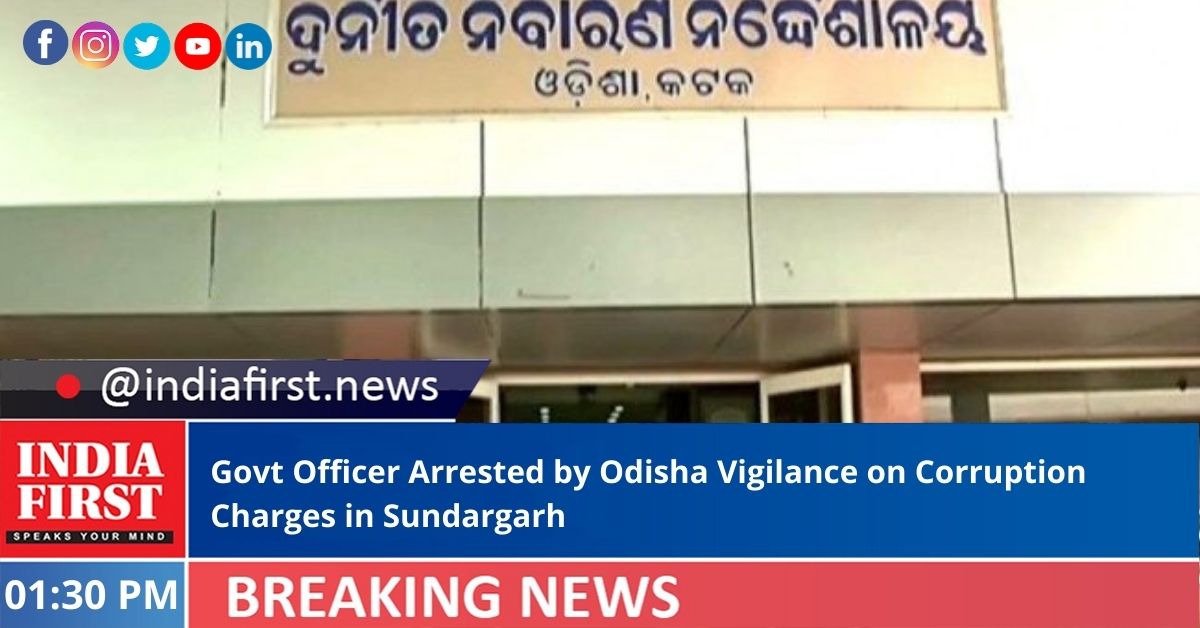 The arrest was made following detection of assets of more than Rs 10 crore which are allegedly disproportionate to his known sources of income, the vigilance officials said.

Properties of Biswajit Mohapatra were raided at seven places in Khordha, Sundargarh, and Jagatsinghpur districts on Friday and Saturday.

During the raids, the department unearthed one double-storeyed building worth about Rs 89 lakh and a flat in Bhubaneswar city and 10 plots in Bhubaneswar and Jagatsinghpur.

Cash over Rs 3.32 lakh, along with bank deposits, mutual fund and insurance deposits over Rs 2.40 crore and 470 gm gold have been recovered, the officials informed.

The vigilance department has registered a case under Prevention of Corruption Act, 1988 as amended by P.C (Amendment) Act, 2018 against Mohapatra and his spouse.

Mohapatra has been arrested and will be forwarded to the court of Special Judge, Vigilance, Bhubaneswar, they said.