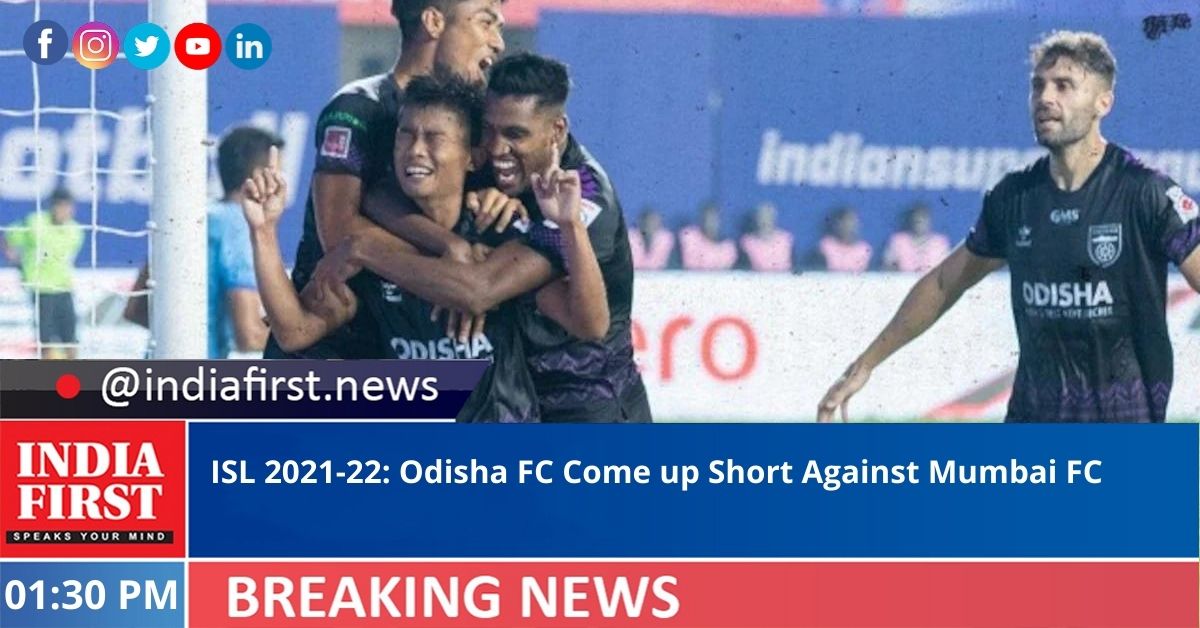 A commanding display by Mumbai City FC helped them secure a 4-1 win over Odisha FC in the Indian Super League (ISL) at the Jawaharlal Nehru Stadium, in Fatorda, Goa, yesterday.

A brace each from Igor Angulo (41′, 70′) and Bipin Singh (47′, 73′) was enough to cancel Jonathas’ (90+1′) goal and secure three points that lift the club to the fourth position on the table. On the other hand, the Kalinga Warriors are left licking their wounds as they remain stuck in seventh place.

MCFC was denied two shouts for a penalty early in the match as they pushed for the opening goal. Both teams exchanged blows back and forth until the half-hour mark, looking for the opening goal. Jerry Mawihmingthanga came extremely close to opening the scoring but Mandar Dessai denied him with a last-ditch clearance right after the drinks break.

However, it was the Islanders that broke the deadlock through Igor Angulo. The Spaniard was left unmarked inside the box by the Odisha defenders, who met Rahul Bheke’s cross and slotted his header past the goalkeeper with ease.

Victor Mongil came close to scoring the equaliser but his header from a corner went off-target, to the disappointment of his head coach on the sidelines. Des’ite OFC’s best efforts, MCFC maintained their advantage heading into the half-time break.

The second half began on a terrible note for Odisha as they conceded the second goal, this time through Bipin Singh. The winger was fed by Ahmed Jahouh and managed to find the back of the net from an extremely tight angle. The scorers Bipin and Igor combined again at the stroke of the 70th minute to add a third goal. Scoring his second, Angulo weaved past a couple of defenders and calmly put his left-footed shot in the bottom right corner.

Then, Bipin Singh scored his second from close range barely two minutes later following on some brilliant work from Cassio Gabriel on the left flank, who served the ball on a platter. The Islanders were denied the clean sheet by Jonathas, who found the back of the net with a sensational curling effort from long range, four minutes before the final whistle.

Odisha face a struggling Chennaiyin FC in their next fixture at the Tilak Maidan Stadium on Wednesday whereas Mumbai City FC clashes with fellow top-four contenders Jamshedpur FC at the Athletic Stadium on Thursday.