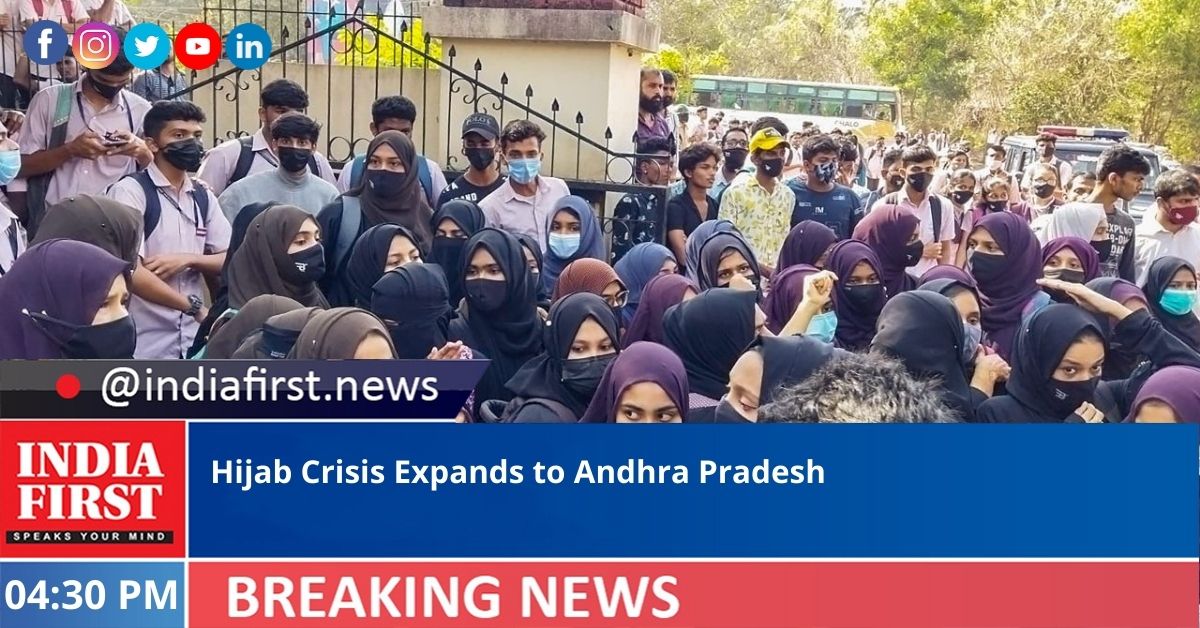 Hijab row has now found its echo in Andhra Pradesh as a private college in Vijayawada on Thursday denied entry to two burqa-clad students but later relented on the direction of government authorities.

The video of two girls stopped by the staff of Andhra Loyola College went viral on social media. While the students of B.Sc final year claimed that they have been coming to college wearing burqas but never faced any problem, the college management denied.

As the matter reached the Krishna district collector, he asked the college management to attend the classes. Principal Kishore told reporters that they allowed the students on the direction of the collector. He said the students at the time of admission had agreed to the school regulations about dress code.

The two students, however, argued that they have been coming to the college in prescribed uniform but wearing burqa over it but no one ever raised an objection. “Everyone will have their own culture and this should be respected. We take pride in what we wear,” one of the students is heard in the video.

The principal said no decision has been taken on whether to allow the students with Hijab from tomorrow.

This is the first such incident in Andhra Pradesh since Hijab row erupted in Karnataka, where the authorities banned the Muslim headscarves.