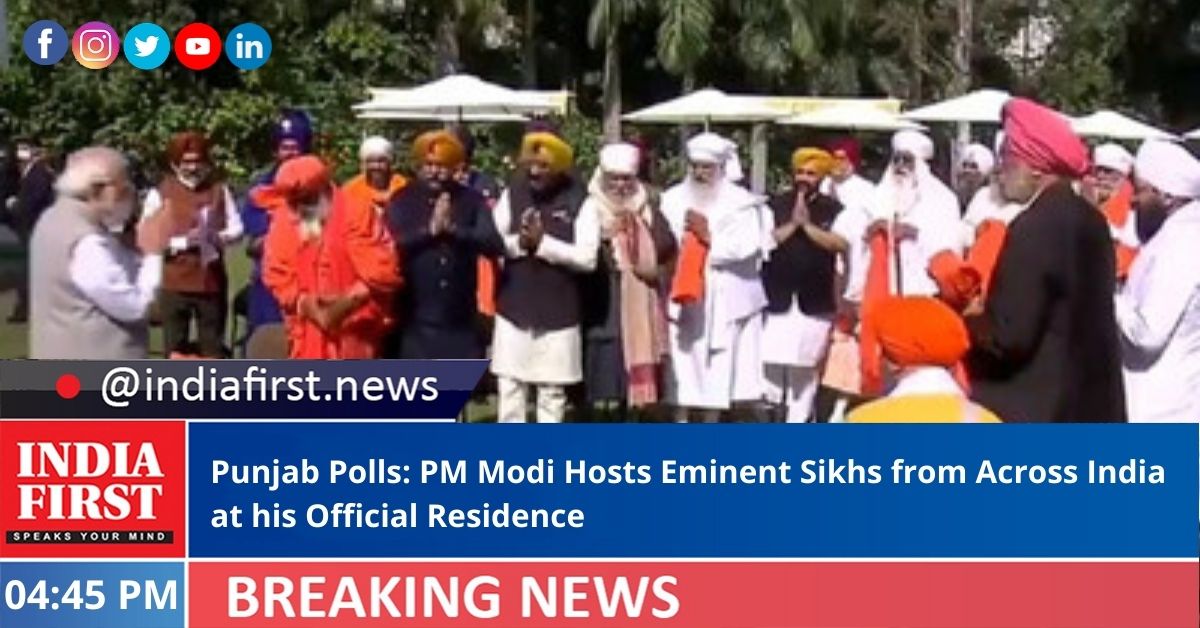 Two days before the polling for the Punjab Assembly, Prime Minister Narendra Modi has hosted prominent Sikhs from across the county at his official residence in New Delhi.

A video of the meeting shows that guests were seen giving ‘Kripan’ to Prime Minister Modi.

Polling to the 117 member-Punjab Assembly will be held on February 20 and counting of votes will take place on March 10.