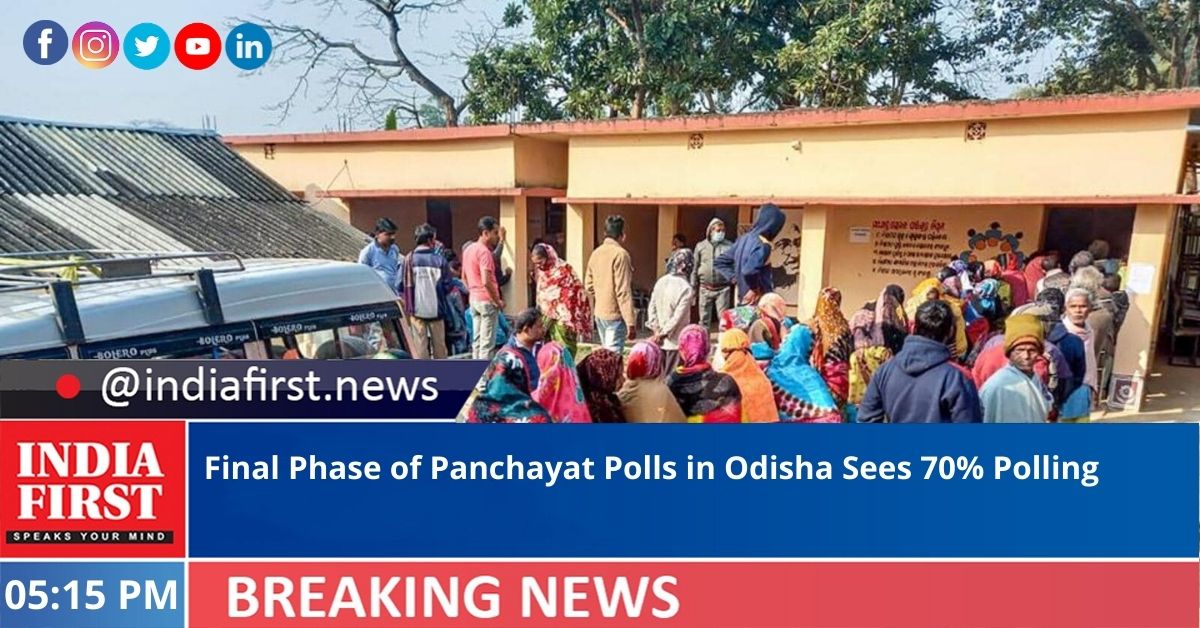 Barring a few incidents, the last phase of panchayat elections in Odisha were completed smoothly with approximately 70 per cent voter turnout, an official said yesterday.

As per preliminary reports, about 70 per cent out of 41.88 lakh voters exercised their franchise in this phase. However, the final polling percentage will be known on Friday, said State Election Commissioner, Aditya Prasad Padhi.

In this phase, the election process was disrupted in some places due to law and order situation. After getting detailed reports from the concerned district collectors, the Commission will examine them and take further action, Padhi said.

He said all arrangements were made for 2.79 crore voters to elect 1,06,353 representatives for Panchayati Raj Institutions (PRIs) at 91,913 booths in the rural polls.

Of which, 36,523 ward members, 126 sarpanchs, 326 panchayat samiti members and one Zilla Parishad member were elected unopposed, while about 2.20 lakh candidates contested for the remaining posts, Padhi informed.

Over 1 lakh polling personnel and nearly 40,000 policemen were deployed for the smooth conduct of the elections.

Stating that 78 per cent polling was recorded during the first four phases of the rural polls, Padhi said that participation of a large number of voters in the elections is a good sign for democracy.

For the first time, Maoist-hit Malkangiri district recorded over 70 per cent polling during the first four phases. The elections also passed peacefully in the Maoist hot belt, Swabhiman Anchal (erstwhile cut-off area), under Chitrakonda block in Malkangiri district, he added.