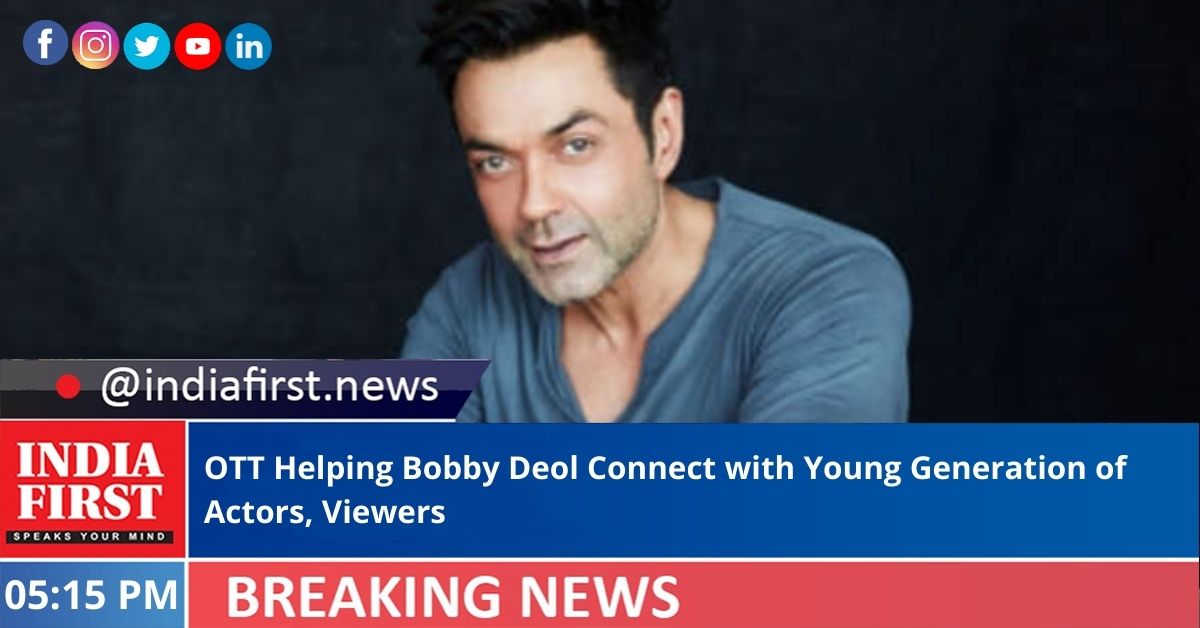 Even though he was one of the favourites of the ’90s generation, Bollywood actor Bobby Deol, also the son of yesteryear superstar Dharmendra, has found a new generation of audience through some of his successful web films and web series in the last two years.

The actor says his father is quite emotional and proud of the recent success that he has achieved through the web shows.

In conversation, Bobby shared, “Yes he is a star of Hindi cinema but for us, he is our papaji. He is very emotional and proud of my current success also because this medium of OTT is very different and new for their generation.

“For him, he always says and makes us believe that the love from the audience is more important than awards. My father in the prime of his career did not receive those film awards but he was always loved by the audience. Now when he sees how my work is getting recognised by a new generation of audience, it makes him feel proud.”

Bobby made his Bollywood debut with the film ‘Barsaat’ in 1995, delivering some of the successful films such as ‘Kareeb’, ‘Soldier’, ‘Bichhoo’, ‘Ajnabee’, ‘Humraaz’ and ‘Yamla Pagla Deewana’.

He made his OTT debut in 2020 with a Netflix film ‘Class of 83’ and web series ‘Aashram’. Both of them were well received.

According to Bobby, he is also growing as a creative person because of working with youngsters.

“I think the new generation of actors, directors, writers have a very unique approach towards their work. I love that about them. Yes, at times it also makes me smile,” he said.

Sharing one of such instances, Bobby said, “Before we started the shooting for ‘Love Hostel’, in the hostel where we were staying, one evening Sanya and Vikrant came to meet me in my room.

“That was the first time we were meeting. Both of them were just going on and on about how they used to dance to those songs of ‘Soldier’, ‘Humraaz’ … they liked my films like ‘Bichhoo’ (laughs). They are very sweet and at the same time professional with their work. I like such enthusiasm.”