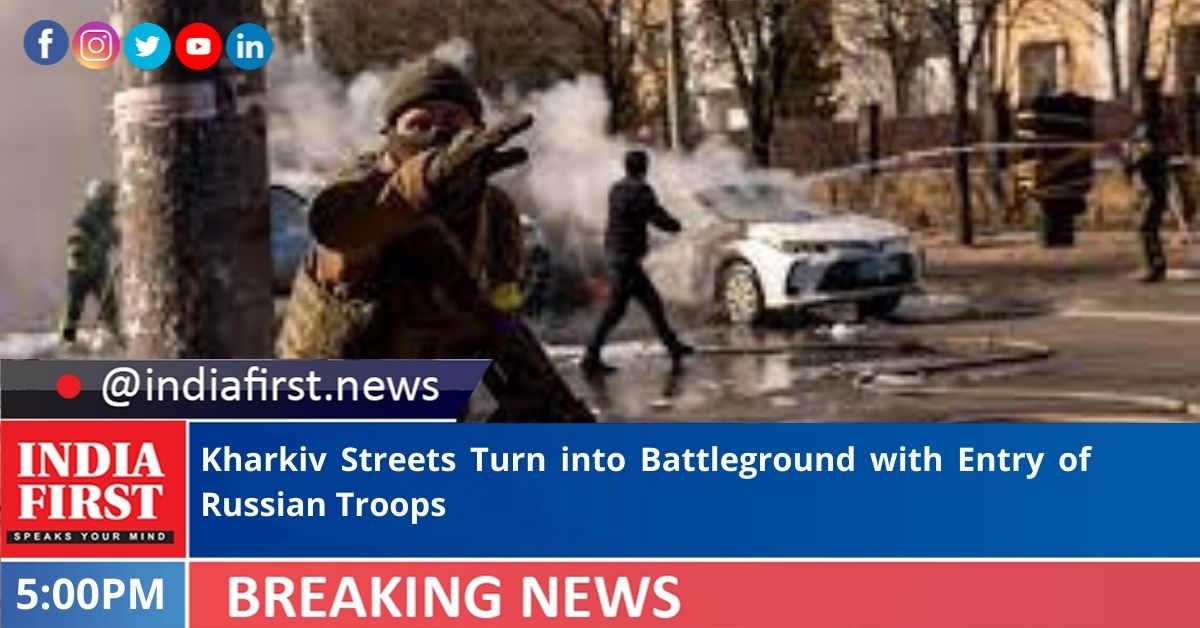 The head of the Kharkiv regional administration, Oleg Sinegubov, said that light military vehicles had “broken into the city”.

Prior to his statements, footage had appeared to show some Russian military cars driving around on the streets of the north-eastern city, BBC reported.

Sinegubov has urged residents to stay inside, saying Russian troops appeared to be in the city centre, BBC reported.

“Do not leave shelters! The Armed Forces of Ukraine are eliminating the enemy. Civilians are asked not to take to the streets.”

There are now reports of fighting in the streets of Kharkiv. Russian troops had broken into the city in the past hour, local officials say.

Social media footage appears to show some Russian units in the city. There are also pictures appearing to show at least two Russian “Tiger” vehicles on fire in the city, BBC reported.

Kharkiv officials this morning have warned locals to stay in shelters and off the streets.

A loud explosion was also heard earlier in the city, where a gas pipeline is said to have been hit.

Residential areas in Kharkiv were also attacked, according to emergency services. A woman was reportedly killed and dozens were evacuated from a nine-story building, BBC reported.

At least six civilian deaths were also reported in the town of Okhtyrka, north-eastern Ukraine, according to the region’s mayor.