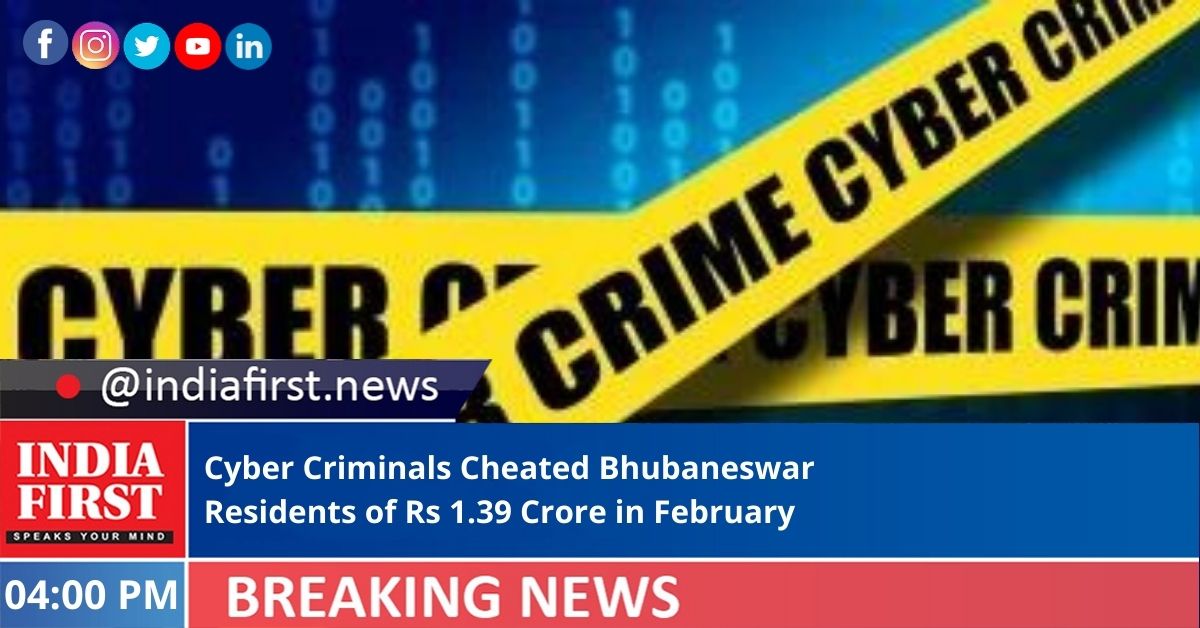 Several residents of the Odisha capital have lost a total of over Rs 1.39 crore to cyber fraudsters in February only, police said yesterday.

The Bhubaneswar Urban Police District’s cyber crime help desk received a total of 288 calls in connection with cyber crime in February alone, of which 254 were received from Bhubaneswar and the remaining from other parts of the State.

Out of 254 cyber fraud complaint calls received from the city, 94 complaints were related to UPI frauds, 97 were related to credit/debit card frauds, and 63 related to other modes of online fraud, the cybercrime police station officials said.

However, cyber crime sleuths were able to recover only Rs 10.52 lakh, which has been already refunded to the victims. Police claimed that they managed to block fraud transactions of Rs 12.73 lakh.

In January, the online fraudsters stole Rs 1.31 crore from several people of Bhubaneswar, of which the police had only recovered Rs 12.5 lakh.