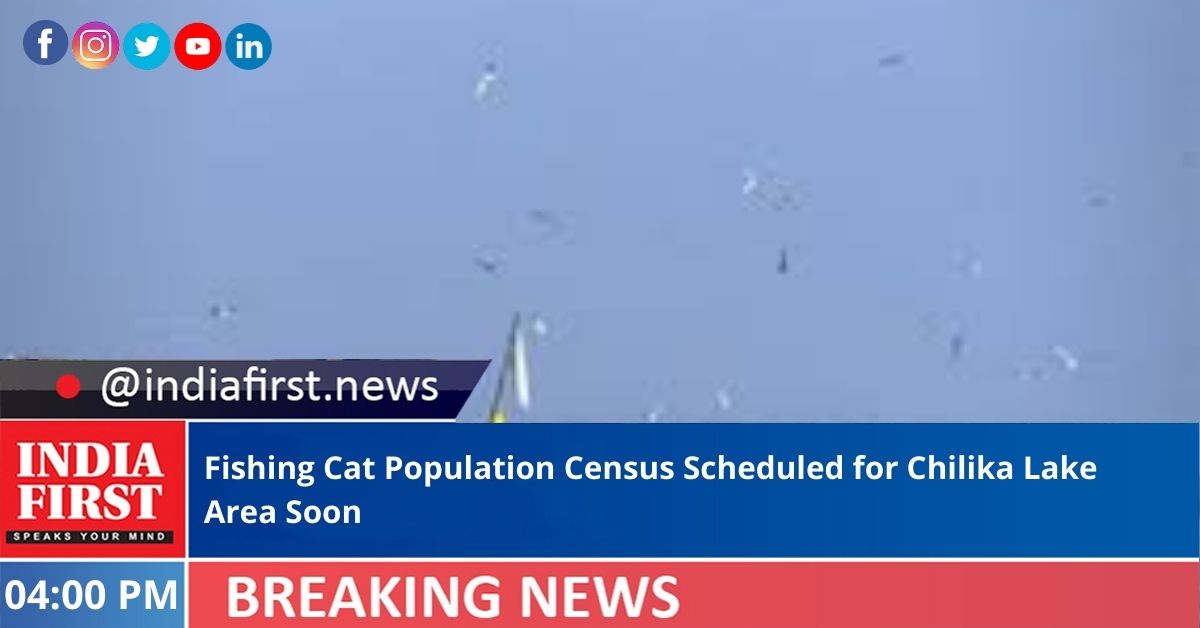 Odisha’s Chilika Development Authority (CDA) is all set to begin Phase 2 of the fishing cat population estimation in the area from the second week of March, officials said on Thursday.

The Chilika wildlife division and the fishing cat project, in partnership with Fishing Cat Conservation Alliance (FCCA), will collaborate with the CDA for this estimation.

“This is the first time in the world that this globally endangered species’ population is being estimated completely outside the purview of protected areas which required the involvement of local fishermen, local wildlife protection committees as well as student volunteers from national universities,” said Jim Sanderson, IUCN (International Union for Conservation of Nature) cat specialist group member.

The first phase of the population estimation was conducted in the north-eastern sector of Chilika lake. Their abundance was established to be 119 individuals from 230 sq km of the study area including 115 sq km of marshland and the rest comprising other lands, the officials said.

Phase 2 of the exercise will be conducted in the islands along the coastal strip of Chilika lake, in between Bay of Bengal and the lagoon. This area has a matrix of mangrove associated species like Pandanus or Keya, ponds along with cashew plantations and hamlets. The total abundance of fishing cats in Chilika will be analysed from the combined result of both phases, they said.

Fishing cat is a Schedule-I species like the tiger and elephant and the CDA had declared the fishing cat as Chilika’s ambassador species in 2020. This led to the initiation of the population estimation exercise in 2021 and 2022.

“We want to regularise fishing cat monitoring in Chilika just like we monitor birds and dolphins regularly,” said Susanta Nanda, Chief Executive Officer, CDA. In each phase, camera traps are deployed in Chilika with the traps staying at each location for 30 days, he said.

“In addition, we conducted rallies and awareness programs to make people aware about the importance of conserving the fishing cat,” says Tiasa Adhya, co-founder of the fishing cat project.

The CDA in association with the fishing cat project will design a fishing cat action plan in Chilika this year.

“Just like the tiger’s presence indicates the health of a jungle, the fishing cat’s presence will tell us how a wetland’s health is doing,” said Adhya.

Chilika has one of the country’s largest extensive marsh-ecosystem spanning around 100 sq km.