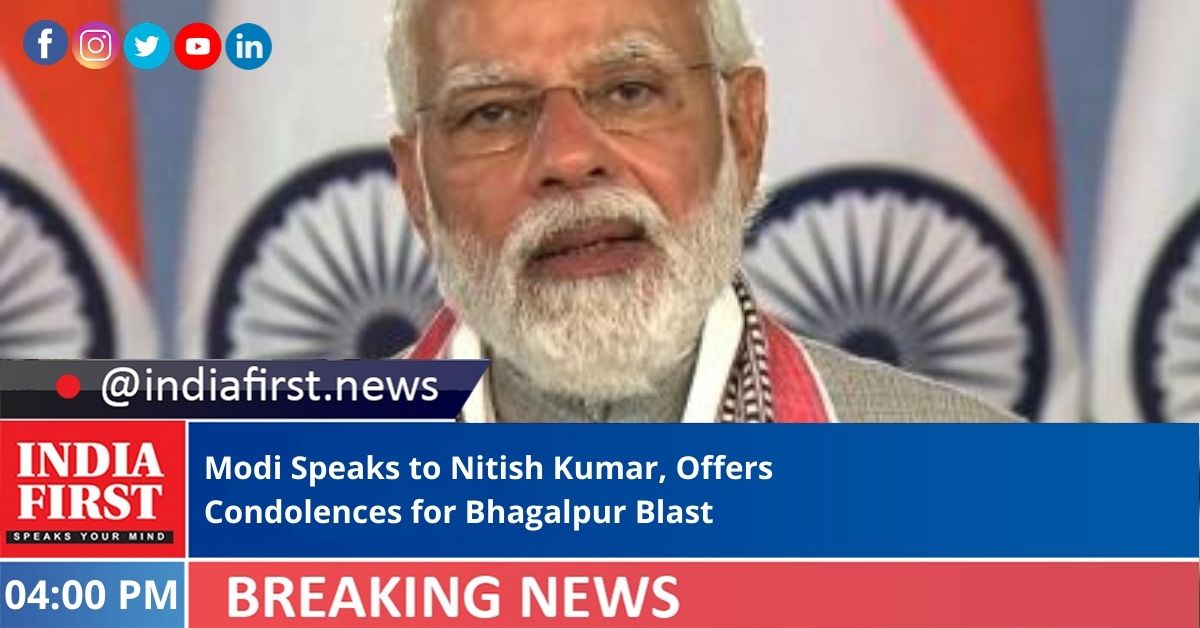 Prime Minister Narendra Modi today spoke to Bihar Chief Minister Nitish Kumar on the Bhagalpur blast and said that the administration has been engaged in relief and rescue operation.

Taking to Twitter, he expressed grief at the deaths in the incident saying: “The news of loss of life due to an explosion in Bihar’s Bhagalpur is painful. I wish the injured a speedy recovery.”

All possible assistance is being provided to the victims by the state administration, PM Modi said.

At least four people were killed and seven others injured in a powerful explosion at a building in Kajvalichak area under Tatarpur police station of Bhagalpur district late on March 3 night.

The injured were rushed to the local Mayaganj hospital.

According to district officials, the blast took place during the making of illegal firecrackers which turned the three stories into rubble and damaged the adjoining buildings. The debris are being removed with the help of JCB machine.

The Bihar government has ordered an inquiry into the incident.