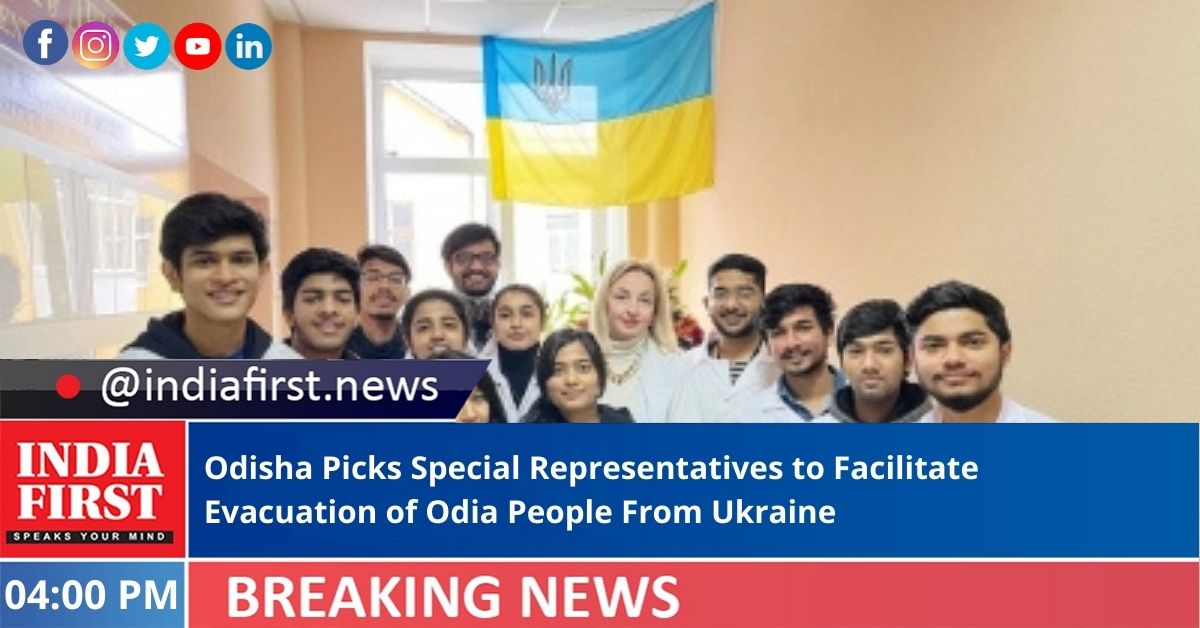 The Odisha government yesterday nominated special representatives in four countries to coordinate the smooth evacuation of people from the state stuck in different border points of war-torn Ukraine.

Issuing an order to this effect, Odisha Chief Secretary S.M. Mahapatra said that owing to the crisis prevailing in Ukraine, a number of people, especially students, from Odisha are still stranded in Ukraine who need to be evacuated.

Also, a number of students/professionals from Odisha have crossed over to the neighbouring countries like Hungary, Poland, Romania and Slovakia from where they are being evacuated by the Ministry of External Affairs by special flights, Mahapatra said.

In this backdrop, the Odisha government has decided to nominate four special representatives to the four countries to coordinate with the Resident Commissioner, New Delhi, and the respective countries to ensure smooth evacuation of students and other Odia people from Ukraine, especially from the border locations.

Vice President of KIIT University, Vikramaditya, has been nominated for Poland, while Arushi Ray, who works for UNHCR, has been appointed for Hungary.

The Resident Commissioner’s office in New Delhi will be the nodal office for the purpose. The entire expenses for the purpose will be met out of the Chief Minister’s Relief Fund (CMRF), said the Chief Secretary.