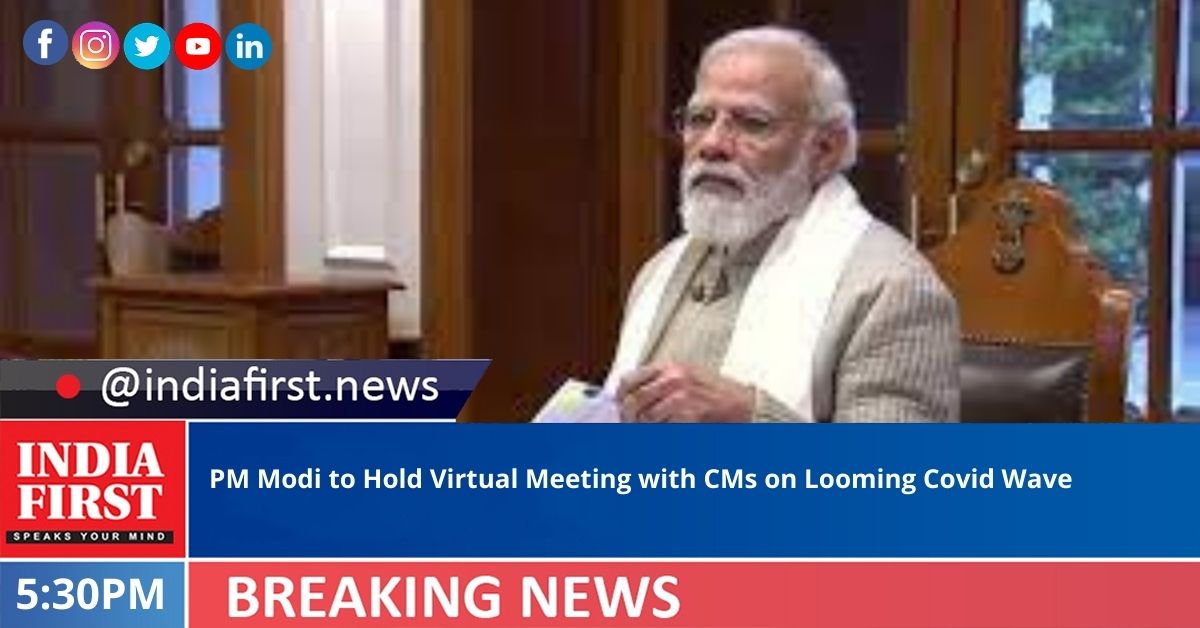 Amid apprehensions of the Covid’s fourth wave breaking out, Prime Minister Narendra Modi is set to hold a videoconference with Chief Ministers on April 27 to discuss about the precautions and measures to tackle it, Karnataka Chief Minister Basavaraj Bommai said today.

“The Union government has already issued a caution alert. A slight increase in cases has been recorded in Kerala and Maharashtra in the last 8-10 days,” he told media persons here.

“Based on the experience of the last three waves, experts too have suggested suitable precautionary measures. Already the Health Minister too has issued a few instructions. Clear instructions would be issued for Covid management in the state after the video conference with the Prime Minister,” he added.

Bommai stressed that it is important for people to be careful as Covid’s second wave started slowly and later exploded.

The Karnataka Health Department has stepped up measures to tackle the emerging situation in the state in the backdrop of detection of two cases of sub lineages of BA.2, a mutant variant of Covid virus in Bengaluru. The decision has been taken to increase the number of tests in the state, especially in Bengaluru.

The authorities are worried over the factor that the higher number of cases are being reported from Mahadevapura and East Zones in Bengaluru where major IT companies are based and lakhs of software professionals dwell.

Dr C.N. Manjunath, director of Sri Jayadeva Institute of Cardiovascular Sciences, Bengaluru, had stated on Saturday that Covid variants BA.2.10 and BA.2.12, have been found in the state.

BA.2 variants were found in New Delhi and Mumbai so far. The fourth wave of Covid in the country has started already and people need to be careful about the spread of infection, he said.