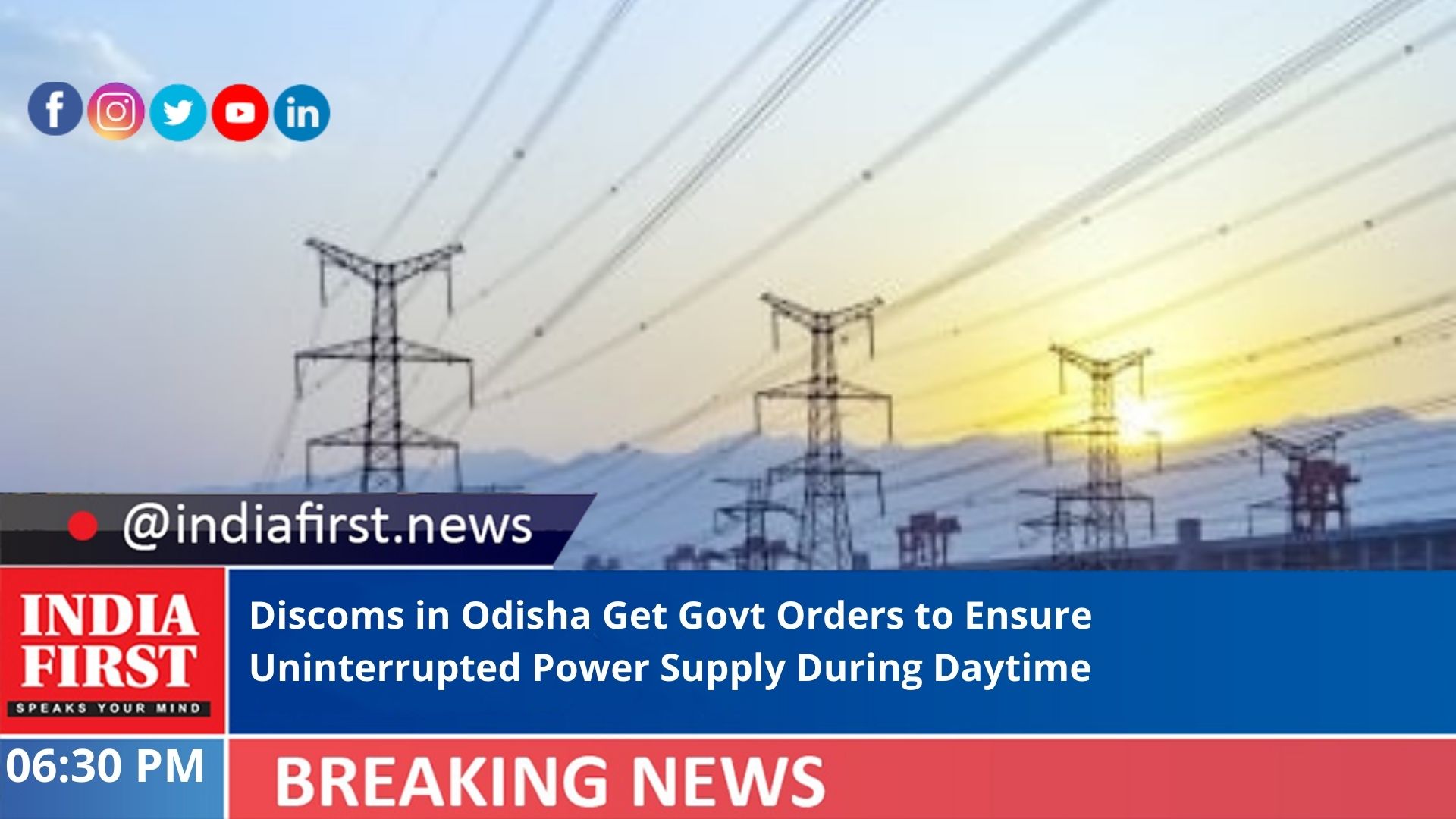 With severe heat wave conditions prevailing in the state, the Odisha government has asked all power distribution companies (discoms) to ensure uninterrupted power supply all across the state during daytime.

As there was rising heatwave condition and board examination of the class X and XII students would commence shortly, Mahapatra asked the discoms to ensure power supply to domestic users and commercial establishments on priority basis, officials said.

The sudden outage in an 800-megawatt (MW) capacity unit at NTPC’s Darlipali plant in Sundergarh district has led to the power crisis in Odisha as it used to get 400 MW from the unit. Besides, the peak power demand has gone up by almost 10 per cent due to the hot weather conditions, said the Energy department.

“With the sudden outage of one 800 MW capacity unit (Odisha share 400 MW) of NTPC’s Darlipali power station and non-availability of adequate power in the exchange, limited load regulation has become unavoidable. Efforts are being made to minimise inconvenience to the consumers,” the department said in a tweet.

Odisha Hydro Power Corporation (OHPC) has been instructed to ramp up generation to meet the deficit during day time. The discoms were asked to make optimal use of hydro power, it said.

Similarly, the Mahanadi Coalfields Ltd (MCL) was requested to ensure coal supply to all power producing units in the state.

All power producing companies were also instructed to fulfill their power obligation to the state without fail. Railway authorities would be requested to increase the reck availability for transport of coal to thermal power stations, officials said.

However, it is a temporary situation and it would be resolved by the first week of May, claimed the officials.