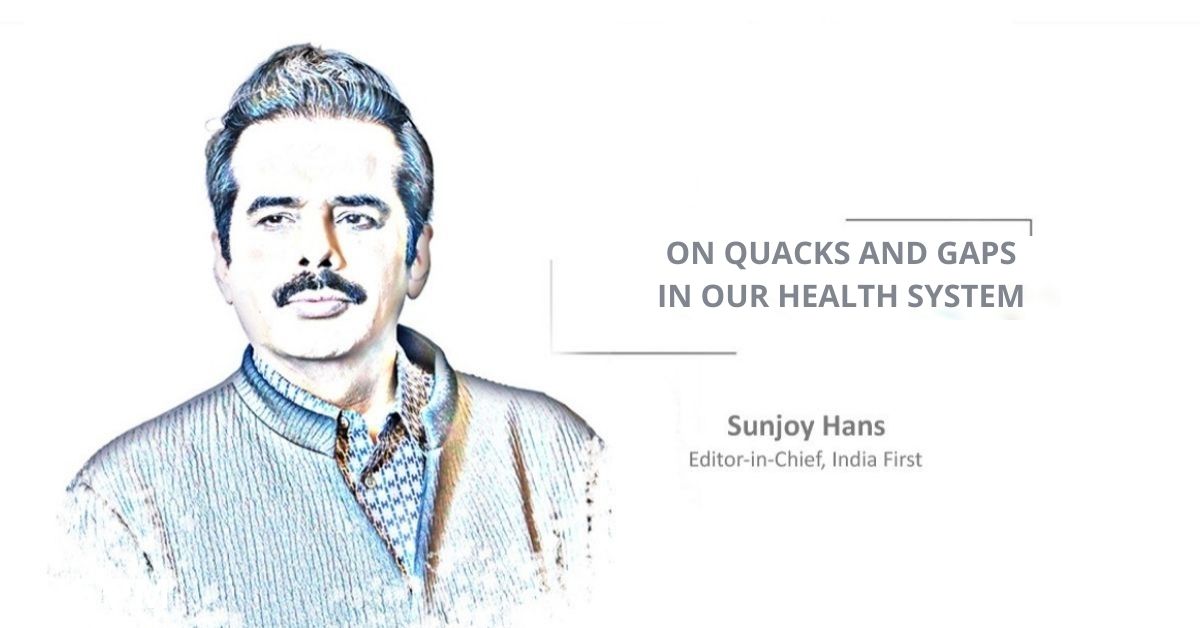 Last week, two persons were hospitalized in the tribal-dominated Mayurbhanj district after a quack allegedly administered them doses of an injection used for treating animals. The victims had visited the quack who masqueraded as a doctor for the treatment of different ailments. One of them was suffering from back pain.

The two fell sick after taking the injection in Thakurmunda block of the district and were admitted to the local community health centre with symptoms including fever, diarrhoea and nausea. The impostor has, in the meanwhile, fled the area but the police have registered a case against him.

This is not an isolated case. A few years ago, Sundergarh police had arrested a quack who had been working as a doctor at a government-run health centre on the strength of a fake MBBS degree with which he managed to fool even senior health officials. He also ran a pathology lab-cum-medicine store in the area and minted money through private practice.

This is a dangerous state of affairs. Quacks flourish by taking advantage of the huge gaps in our healthcare system which, despite tremendous improvements in the last two decades, needs further strengthening. The truth is that despite the increase in the number of hospitals and health centres in the government sector, a large number of interior villages are yet to get the benefits of healthcare. While in some cases health centres are located too far from the villages, in others people prefer to avoid these facilities as they lack faith in them.

Health centres in the far-flung areas, mostly in the tribal hinterland of the state, suffer from a shortage of doctors and paramedics. The truant behaviour of doctors further complicates the situation. Given a choice, most doctors would avoid a posting in a rural hospital and hence play hooky with alarming regularity. They are often found behaving rudely and indifferently towards the patients visiting these facilities.

This erodes people’s faith in the healthcare system. The state’s health policy needs to be suitably modified and updated to plug these loopholes in the healthcare system. With the government having already announced that it is keen to stop the flight of doctors to private sector hospitals, it is expected that a more attractive package with enhanced salary and perks would be offered to doctors in the government sector now. This is necessary to stop the brain drain in the health sector.

While plans are also afoot to create more posts for doctors to deal with the current shortfall in the number of MBBS graduates coming out of the state, much would depend on the effective implementation of the health policy to ensure that not only there are enough doctors in far-flung hospitals but they also serve patients with dedication. This is the best way of boosting people’s faith in our health system and keeping them away from quacks.