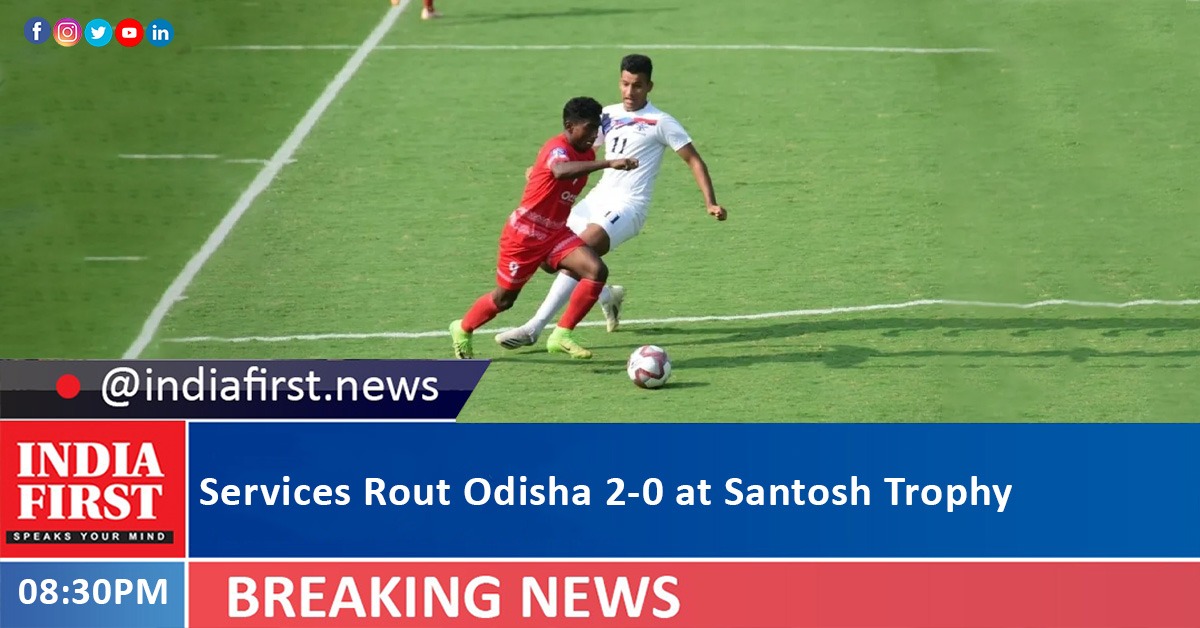 Defending champions Services got the better of Odisha 2-0, thanks to two second half goals in a Group B game of the Hero 75th National Football Championship for Santosh Trophy at the Kottappadi Football Stadium at Malappuram yesterday.

The result means Odisha will have to wait for the outcome of the Karnataka-Gujarat game to find out who makes it through to the semifinals of the tournament.

Odisha, needing a point to secure qualification, started the brighter and dominated proceedings in the first half. The first chance of the game fell to left winger Chandra Muduli. After some fine build-up play by Odisha, who kept the ball on the ground for the most part of the game, Chandra Muduli got the ball with space to run into. He whipped in a dangerous ball inside the box but Kartik Hantal could not get any sort of contact to divert the ball goalwards.

Another presentable chance fell to the young winger Chandra this time in the 40th minute. A through ball from the Odisha midfield was chased down by the pacey winger, who managed to outrun two defenders but his final touch let him down and allowed Services goalkeeper Subhajit Basu to close him down in the nick of time.

The rebound fell to Kartik Hantal but he failed to hit the rebound on target as the ball trickled wide.

Kartik Hantal was put clear through on goal but the young forward took too much time to settle which allowed Services defender Zothanpuia to put in a brilliant last ditch tackle to take the ball off the attacker’s feet at the last moment.

This did not deter Kartik Hantal as he kept trying hard and he came closest to handing Odisha a well deserved lead. His left footed effort from a narrow angle in the 42nd minute rattled the crossbar and ensured both teams headed into the break goalless.