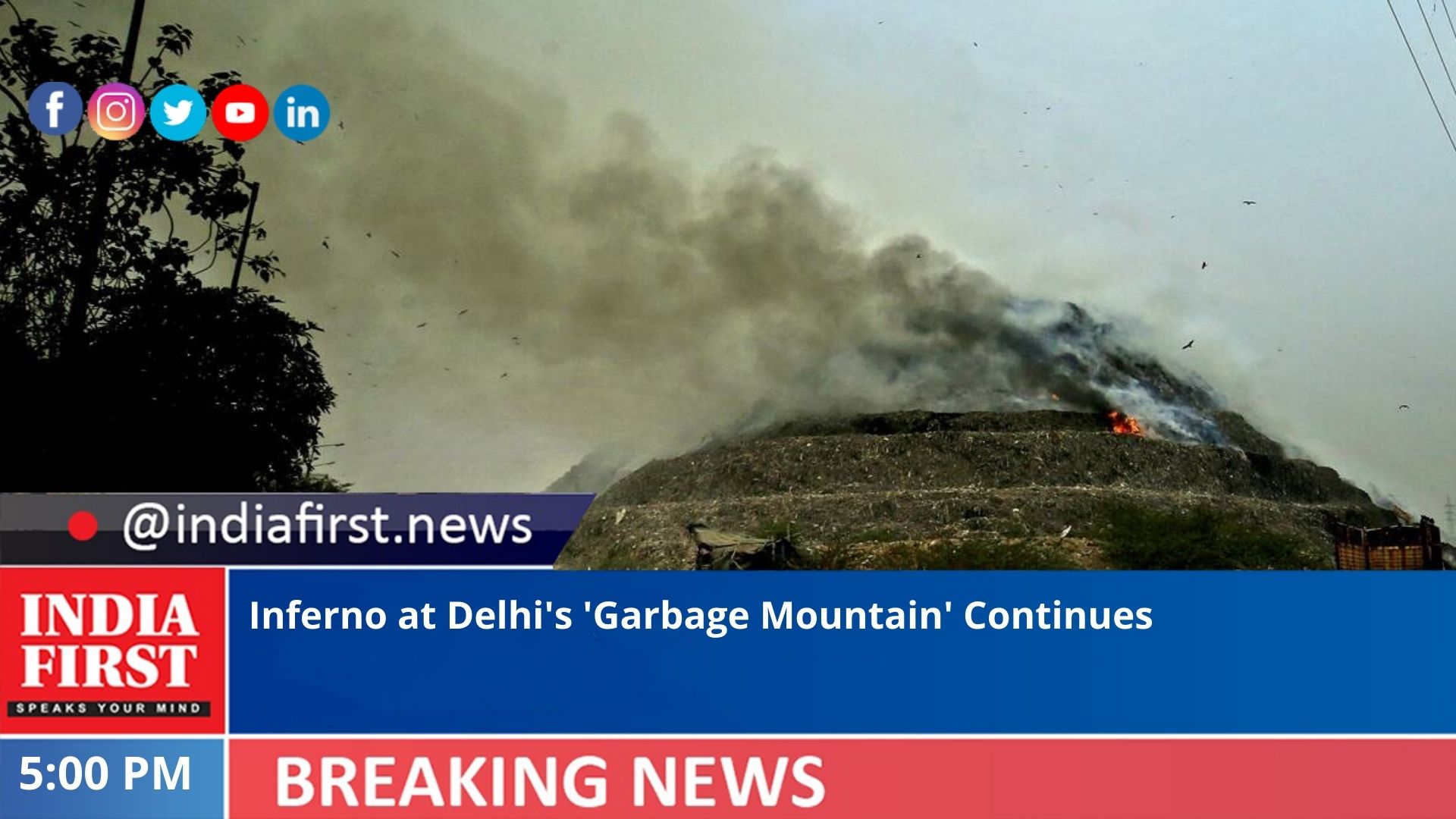 More than 42 hours after a massive fire broke out at the Bhalswa landfill site in the national capital, the operation to extinguish the blaze was still under way, a Fire Department official said today.

“The dumpyard is still burning and currently six fire tenders are dousing the flames,” the official said.

The residents of the area have started complaining of sore throat, itchy eyes and breathing problems due to the fire that broke out on Tuesday.

A school in the vicinity has also been closed, owing to the smoke that might affect children’s health.

The official informed that the process to put out the fire completely will still take some more time.

The cause of the fire is yet to be ascertained, however, officials said the rising temperature these days allows the formation of methane gas at the dumpyard site which is extremely flammable.

“It could have triggered a spark that would have ultimately led to this massive blaze,” said the official.

Experts have time and again said that to prevent such incidents at the dumping grounds, a layer of soil should be placed regularly after dumping the waste on the trash mountain.

Whether it has been implemented or not, is yet to be learnt.

It is the second major incident of fire at a dumping yard in the past 30 days.

On March 28, a similar incident was reported from east Delhi’s Ghazipur landfill site.

In that incident, an FIR was also registered against unknown people for making atmosphere noxious to health, negligent conduct with respect to fire or combustible matter and endangering life or personal safety of others.