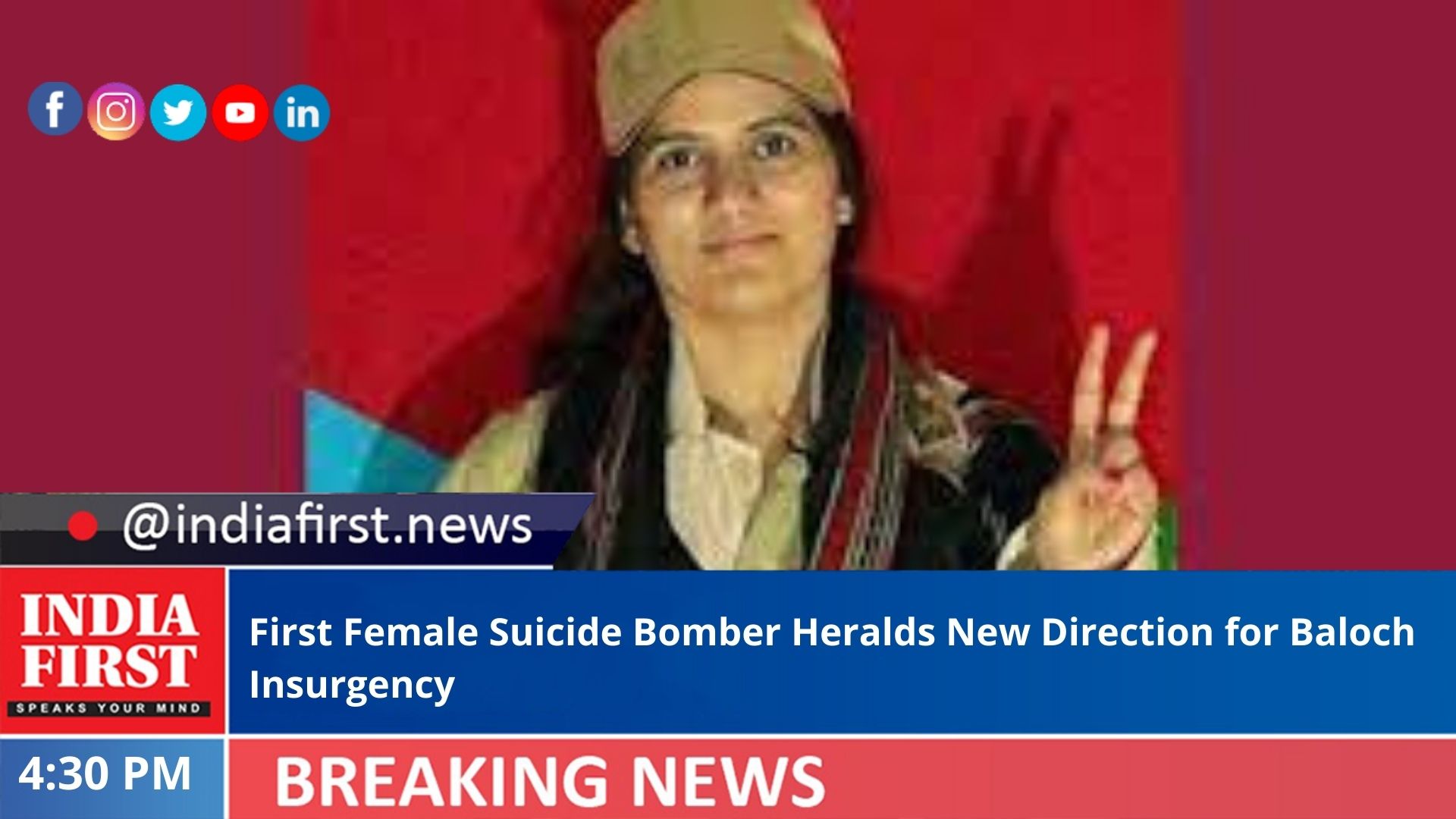 Shari Baloch, a 31-year-old mother of two, reportedly became the first woman to carry out a suicide bombing for the secular, ethnic Baloch rebels seeking independence for Pakistan’s largest and resource-rich province of Balochistan.

She killed three Chinese citizens and their Pakistani driver in front of the Confucius Institute in Karachi on April 26, RFE/RL reported.

The attack raised questions about what motivated an educated, happily married, middle-class woman to blow herself up. Many in Pakistan wonder whether the attack signifies a new direction for the two-decade-old Baloch insurgency that is locked in a violent stalemate with Islamabad, the report said.

Kiyya Baloch, an exiled journalist covering Balochistan, says the first attack by a female suicide bomber heralds the possibility of similar attacks in the future.

“It is a paradigm shift because until recently, the Baloch nationalists prided themselves in being secular and opposed to the kind of radicalization that results in extreme violent acts such as this one,” he said.

Kiyya Baloch says a wide-ranging Pakistani crackdown that has included military operations, forced disappearances, and even extrajudicial killings of the insurgency’s supporters fuels extreme desperation among those affected by the abduction or killing of their loved ones, RFE/RL reported.

“Both the state and the Baluch insurgents have adopted extreme positions,” he told RFE/RL.

“The state appears unwilling to give up its security-centric approach to Balochistan as it continues to prop up an artificial political leadership (in the region). On the other hand, the insurgents have been radicalised to an extent that they are now resorting to suicide bombings.”

Since 2000, Baloch rebel groups have been engaged in conflict with the Pakistani security forces in the vast southwestern province bordering Afghanistan and Iran and hemmed in by the Arabian Sea.

Islamabad blames the rebels for attacks on government forces, installations, immigrants, and labourers from the eastern Punjab Province and even pro-Islamabad Baluch figures.

Continuing violence during the past two decades has transformed the insurgency. It began as a tribal rebellion but has evolved into a handful of shadowy groups now attracting educated, middle-class Baloch professionals, the report said.