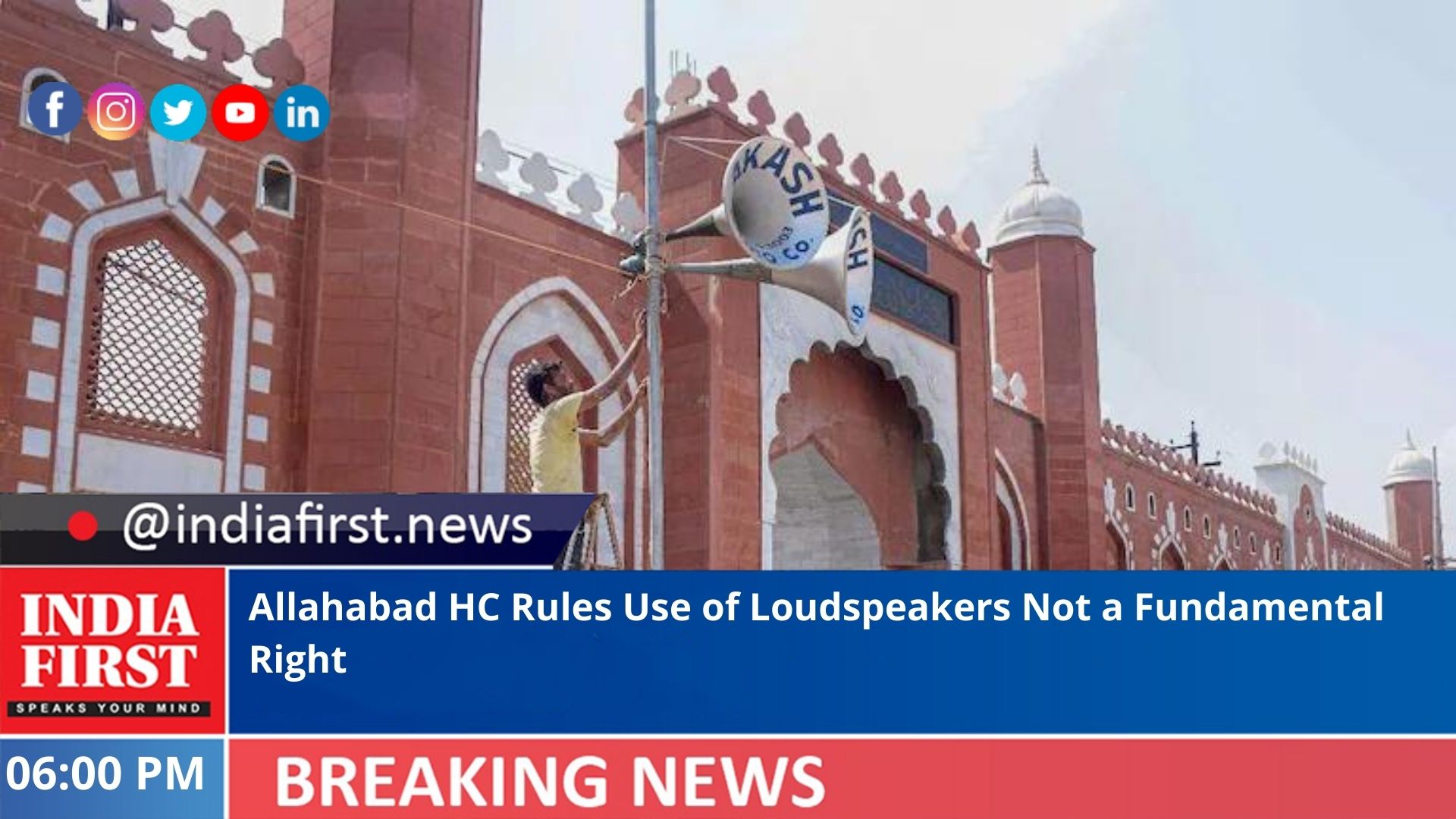 The Allahabad High Court has dismissed a petition that sought installation of loudspeakers in mosques, saying it is “not a fundamental right”.

A division bench comprising Justice Vivek Kumar Birla and Justice Vikas said: “The law says that it is not a constitutional right to use loudspeakers in mosques.”

The petition, filed by one Irfan, challenged the order issued by the Bisauli Sub-Divisional Magistrate (SDM) of Badaun district on December 3, 2021.

The SDM had earlier refused permission to install a loudspeaker at Noori Masjid in Dhoranpur village for ‘azaan’.

In his plea, the petitioner said that the SDM’s order was “illegal” and that it “violates fundamental rights and legal rights”.

The controversy over the use of loudspeakers at religious places sparked across several states, including Maharashtra and Uttar Pradesh.

Recently, Uttar Pradesh Chief Minister Yogi Adityanath said that the sound from loudspeakers at religious places should not be heard outside the premises.

Yogi had also said loudspeakers can be used at religious places with permission, but the sound must not come out of the premises.

He further said that no new permits will be issued for loudspeakers.

Following Yogi’s statement, the volume of loudspeakers at 17,000 religious sites in the state was lowered to the standards set for all the religious places, including temples and mosques in the state.