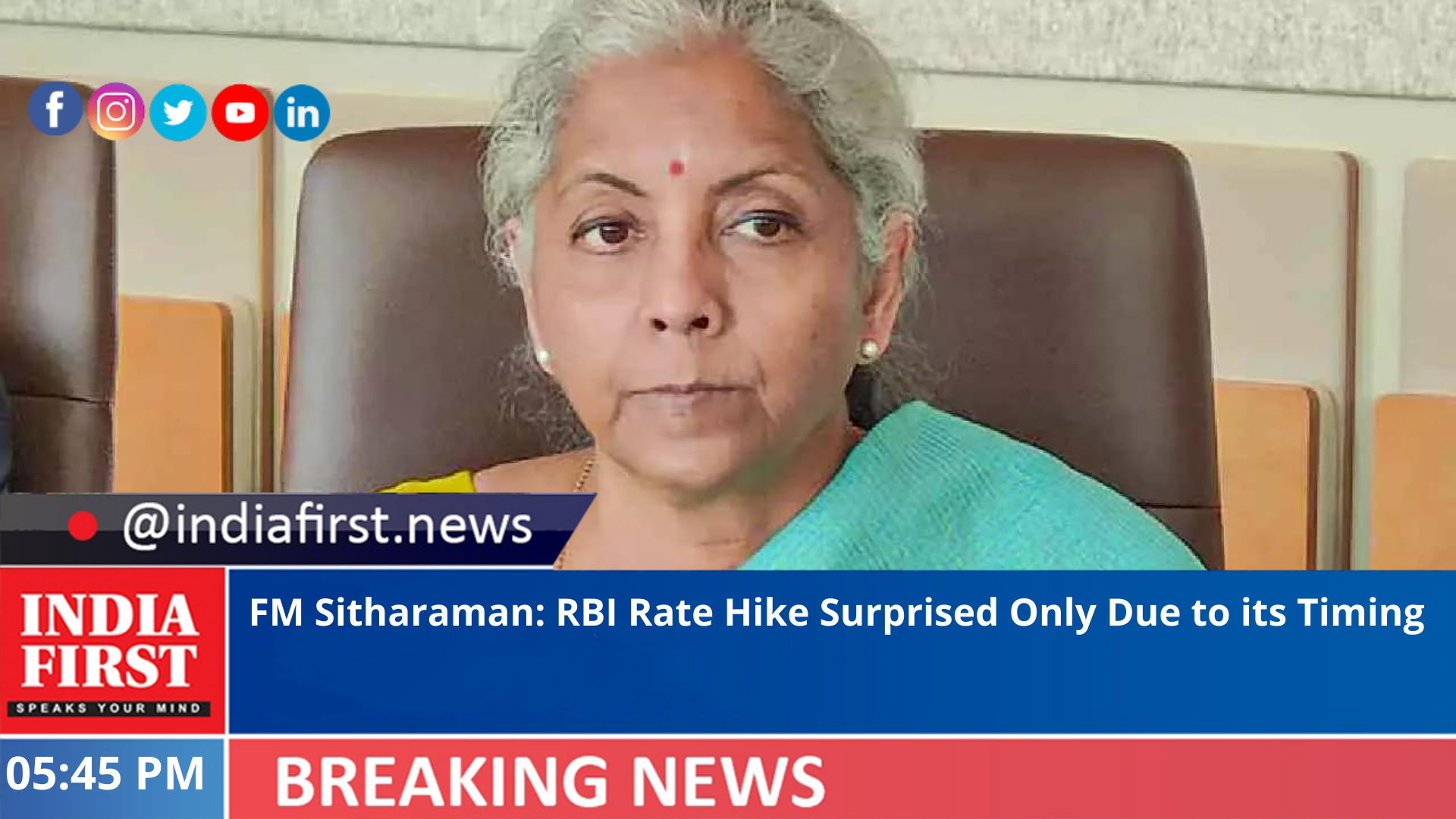 The Reserve Bank of India’s (RBI) move to raise the policy rate is part of a synchronised action by the central banks, Union Finance Minister Nirmala Sitharaman has said, adding that it came as a surprise only because it was done between two monetary policy reviews.

“It is the timing which came as a surprise to many, but the act people thought should have been done anyway – to what extent could have varied,” she said at The Economic Times Awards for Corporate Excellence in Mumbai on Sunday.

“It came as a surprise because it came between two monetary policy reviews.”

Reserve Bank of India Governor Shaktikanta Das on Wednesday said that the Monetary Policy Committee (MPC) of the central bank, in an off-cycle meeting, hiked the repo rate by 40 basis points (bps) to 4.40 per cent with immediate effect.

Repo rate is the rate at which the central bank lends short-term funds to banks. The RBI has cut the repo rate by 250 basis points since February 2019 to help revive the growth momentum. The Monetary Policy Committee has been on a prolonged accommodative stance to support growth.

Also, case reserve ratio has been hiked by 50 basis points to 4.5 per cent.

The move was taken in order to contain inflation.