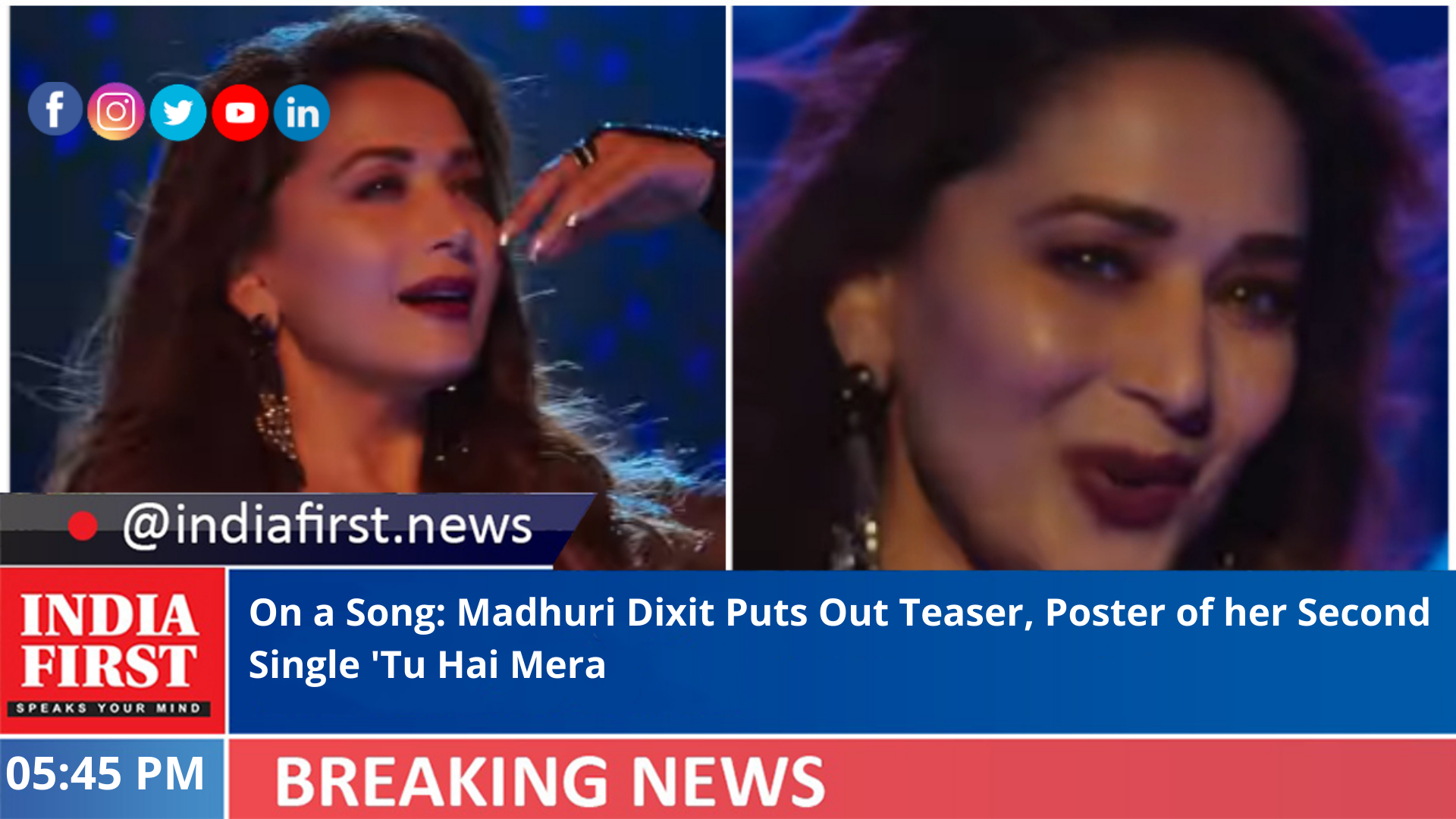 Twinkle toes Madhuri Dixit Nene has shared a sneak-peek of her second single titled ‘Tu Hai Mera’, which will drop on the actress’ birthday on May 15.

Madhuri had released her first single ‘Candle’ during the lockdown and dedicated to all those fighting on the frontline. The diva is all set to launch her second single titled ‘Tu Hai Mera’ on her birthday May 15.

She took to Instagram, where she shared the teaser and poster of the single and captioned it: “Dive into the first look of #TuHaiMera with me.”

The song is her expression of love to all the fans who have supported her journey.

On the acting front, Madhuri was last seen on screen in the 2019 film ‘Kalank’ directed by Abhishek Varman.