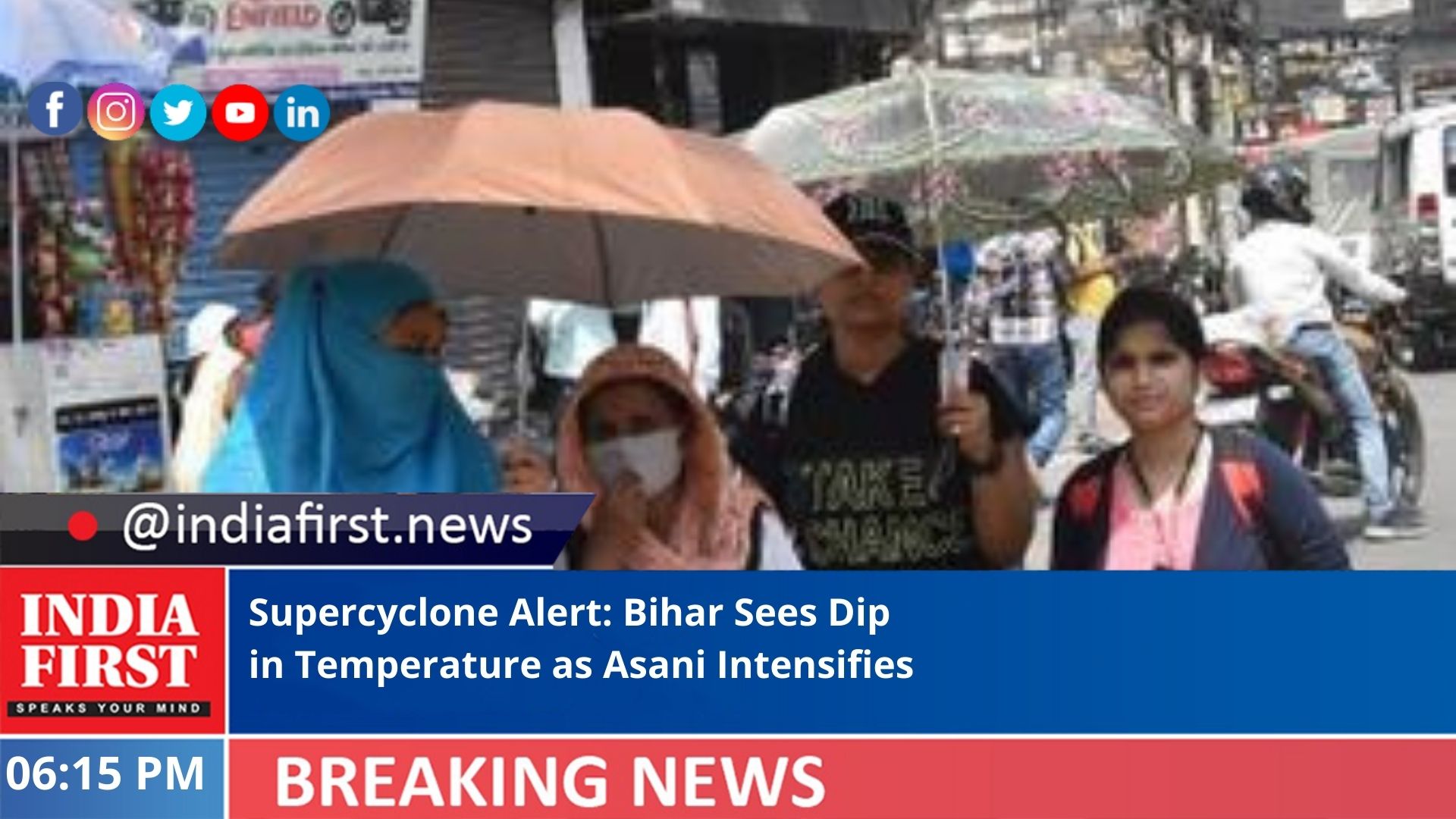 The people of Bihar are likely to get some relief from the heatwave and humidity in the next four days as the super cyclone Asani intensifies, the weather department here has said.

The supercyclone Asani is expected to reach Bihar on May 11 to 12. It will hit the coastline of Odisha and Andhra Pradesh on May 10.

Its major effect will be visible in eastern districts like Bhagalpur, Banka, Lakhisarai, Purnea Araria, Kishanganj, Katihar and southern districts like Nawada, Aurangabad, Gaya, Rohtas, etc. The cyclone effect will also be visible in the central part of Bihar like Patna, Jahanabad, Bhojpur, Arwal, Vaishali, Begusarai, etc. The cyclone will slow down while reaching Bihar.

Its maximum effect will appear in seven sister states of the Northeast regions and West Bengal.

According to the Meteorological (MeT) department official, the strong winds will blow in the state. During the period of the cyclone, moderate rainfall is expected with thunderstorms and lightning falls.