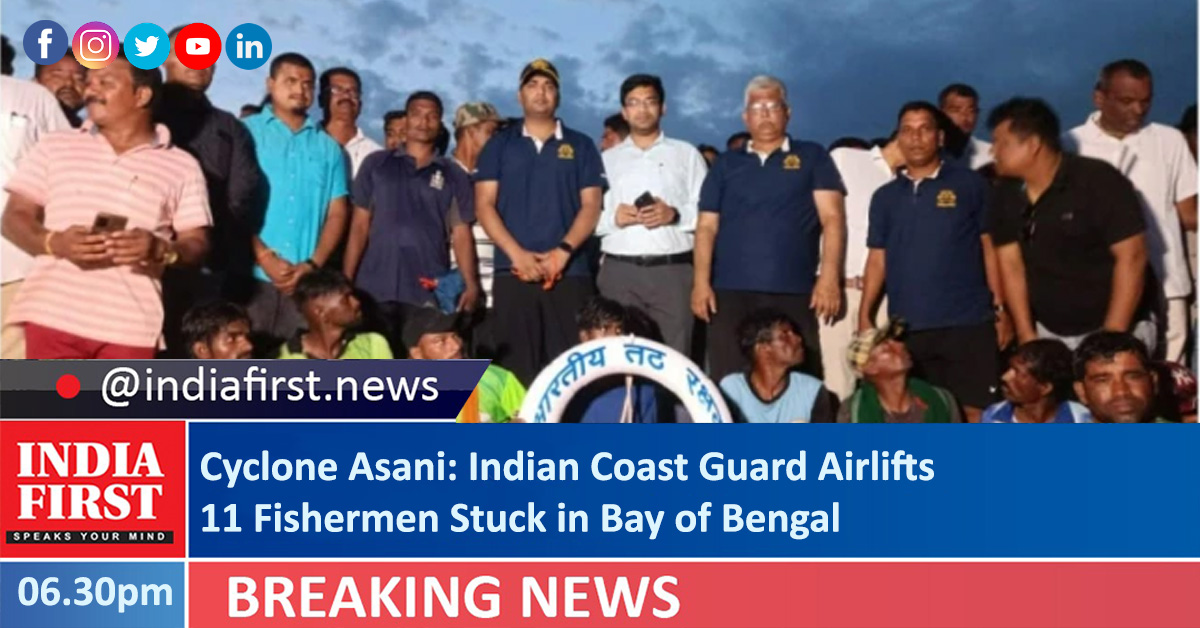 The 11 fishermen, coming from Vizag of Andhra Pradesh in a boat, got stuck close to Pati Sonapur beach in Ganjam district. They couldn’t negotiate the waves as their boat malfunctioned in the sea near the Pati Sonapur beach, said Special Relief Commissioner (SRC) P.K. Jena.

Soon after receiving information about the fishermen at 4.32 pm, Jena said he discussed with the Indian Coast Guard officers stationed at Bhubaneswar and Paradip.

“Helicopter started flying at 4.55 pm and all 11 stranded persons were rescued through helicopter operations by 6.15 pm. A great operation. Outstanding achievement by @IndiaCoastGuard. Lightning fast response, absolute precision air rescue and so fast. Kudos to the team, the SRC tweeted.

Berhampur sub-collector Keerthi Vasan V, who was monitoring the operation at the field, said the 11 fishermen had gone to Andhra Pradesh to buy a fishing boat. While returning, as the sea condition became very rough, they were unable to return to the coast and got stuck around 4/5 km deep in the sea, he said.

Mobile network was reaching there. So, the fishermen first informed their relatives about their condition. First the local fishermen tried to rescue them. However, they failed due to high tide in the sea, he said.

After that, the locals reach the district administration. First, the Indian Coast Guard tried to conduct the rescue operation by sea. As the sea condition was very rough, they were unable to carry out the operation.

Later, the Indian Coast Guard launched the operation through air and rescued all fishermen within an hour, informed the sub-collector. All the rescued fishermen have been sent to local hospitals for necessary health check-ups, he added.