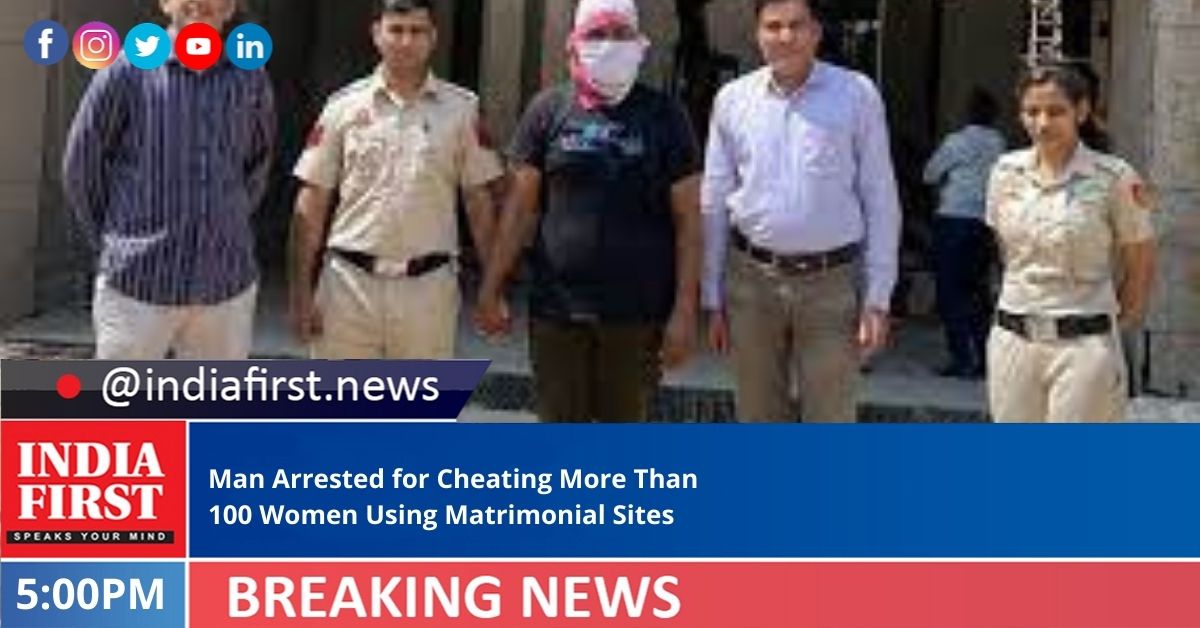 A 35-year-old man has been arrested for allegedly duping over 100 women on the pretext of marriage, an official said in Delhi.

The accused, who has been identified as Farhan Taseer Khan, is himself married and stayed at a rented accomodation in Delhi.

Furnishing the details, DCP (South) Benita Mary Jaiker said that a lady, who is a doctor by profession, had lodged a complaint with the cyber police station, South District, alleging that a person got in touch with her via Jeevansathi.com, a matrimonial portal, claiming that he was unmarried following which she contacted him.

“They both communicated via WhatsApp and phone calls regularly. On the pretext of marriage and expressing his need for big business deals, the person demanded money from her from time to time and got about Rs 15 lakh deposited by her in different bank accounts,” the DCP said.

When the victim sensed that she had been cheated, she lodged a complaint and accordingly the police registered an FIR under Section 420 of the Indian Penal Code.

During the course of investigation, a police team was constituted which collected details about the accused person from the said matrimonial website, banks and other portals.

After analysing the data, it was found that the accused created many fake profiles in Jeevansathi.com and got in touch with several women in various states, projecting himself as an unmarried person with no one in his family.

Finally, through surveillance and technical analysis, the location of the accused person was zeroed down in Delhi.

The police then conducted a raid and arrested Farhan Taseer Khan from Paharganj.

During interrogation, the accused disclosed that he created many fake profiles on matrimonial sites by impersonating himself as a Bachelor of Engineering and MBA. The accused also claimed that he had his own business and owned many houses in big cities with a yearly income of Rs 30-40 lakh.

He communicated with many women in UP, Bihar, West Bengal, Gujarat, Delhi, Punjab, Mumbai, Odisha, Karnataka and other states, projecting himself as an unmarried person with no one in his family.

“Farhan used to meet the girls in his luxurious car having a VVIP number and then demanded money on the pretext of expanding his business. He travelled from one city to another by air and AC trains,” the senior officer said.

One luxury car, nine ATM cards of different banks, one mobile phone with four SIM cards and one costly wrist watch have been recovered from his possession.