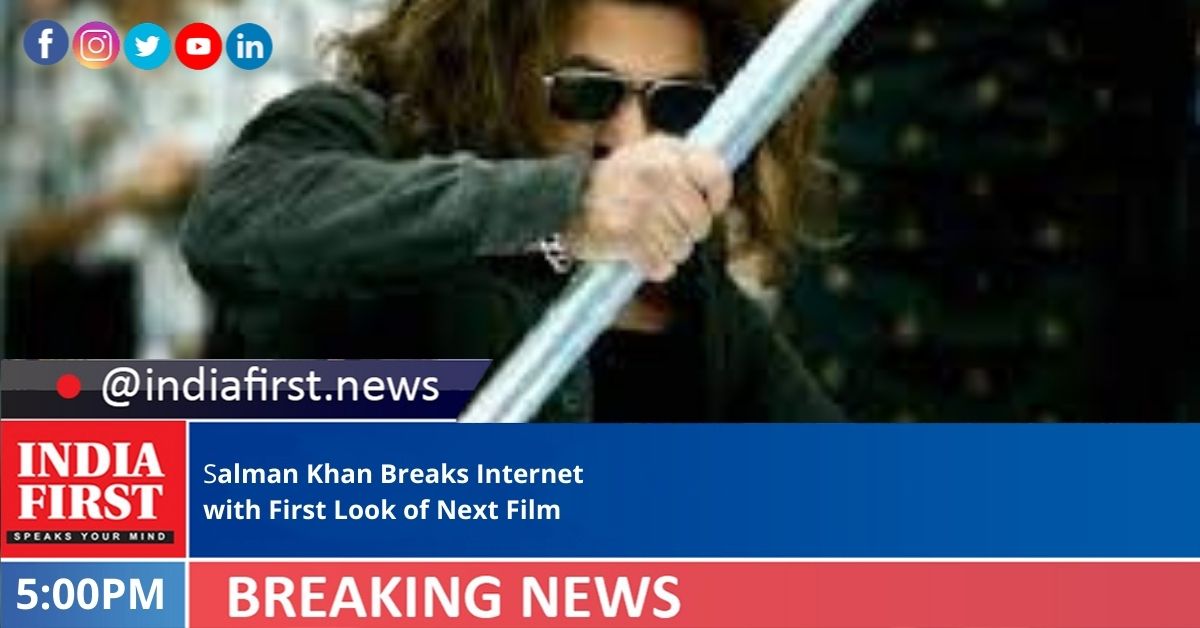 Bollywood superstar Salman Khan dropped the first look from his next film on Saturday. The ‘Dabangg’ actor took to Instagram to share a picture from the sets of his upcoming film, the details and title of which he has smartly concealed.

Sharing the picture, he wrote in the caption, “Shooting commences for my new film”. The picture shows him holding a steel rod that hides his face. Holding the rod with his turquoise bracelet clad hand, Salman looks seeped in his action spirit as he sports long hair and a pair of black sunglasses.

Although, Salman hasn’t specified the name of the film, it appears to be from his next, ‘Kabhi Eid Kabhi Diwali’ where he co-stars along with his brother-in-law Aayush Sharma.