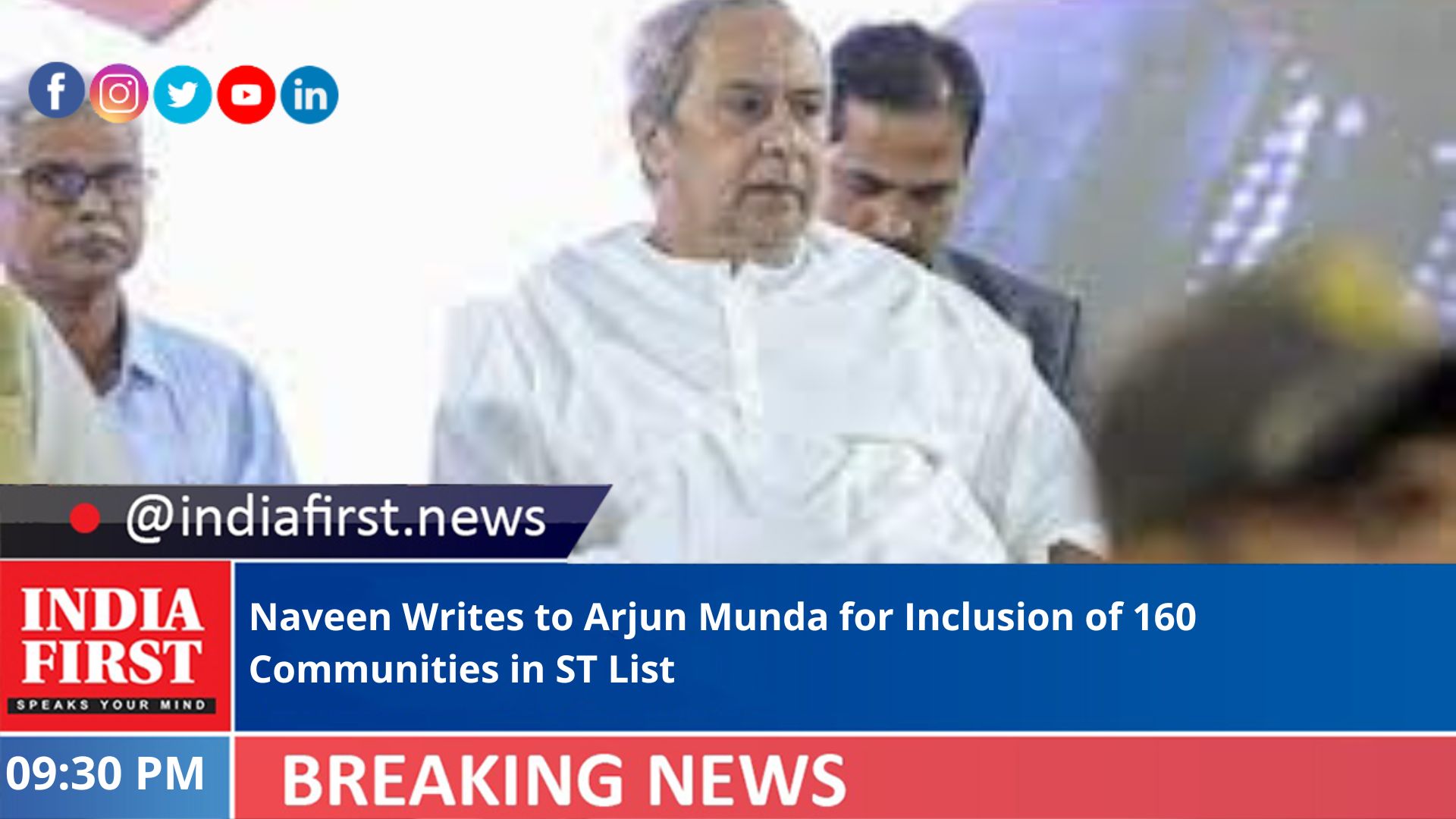 Since 1978 onwards, the Odisha government has recommended more than 160 communities of the state to the Ministry of Tribal Affairs for their inclusion in the ST list of the state with approval of Tribes Advisory Council, Patnaik said.

Among these some are new entries while some others are sub tribes/subsets, synonyms and phonetic variations of the existing ST communities residing in different parts of the state, he said.

The CM said that these communities are being deprived of the benefits availed by STs though they have the same tribal characteristics as their respective notified STs.

He also pointed out that the task force under the Ministry of Tribal Affairs had recommended 9 proposals from Odisha as priority cases for inclusion in the ST list of the state in 2014. However, the same is yet to be notified in the Presidential Order,” said Patnaik.

Because of the delay in their inclusion in the ST list, all these 160 plus communities of the state are becoming victims of historical injustice, he added.

The Chief Minister has also mentioned that he had written letters to the Union Tribal Ministers on this matter in the year 2011, 2012 and 2021.

He requested Munda to look into this long pending matter and expedite the scheduling of these left out communities to deliver social justice to them in accordance with the provisions of the Constitutions of India.

This will go a long way in helping these deprived communities by giving them their much needed recognition as ST and ensure social justice, he added.