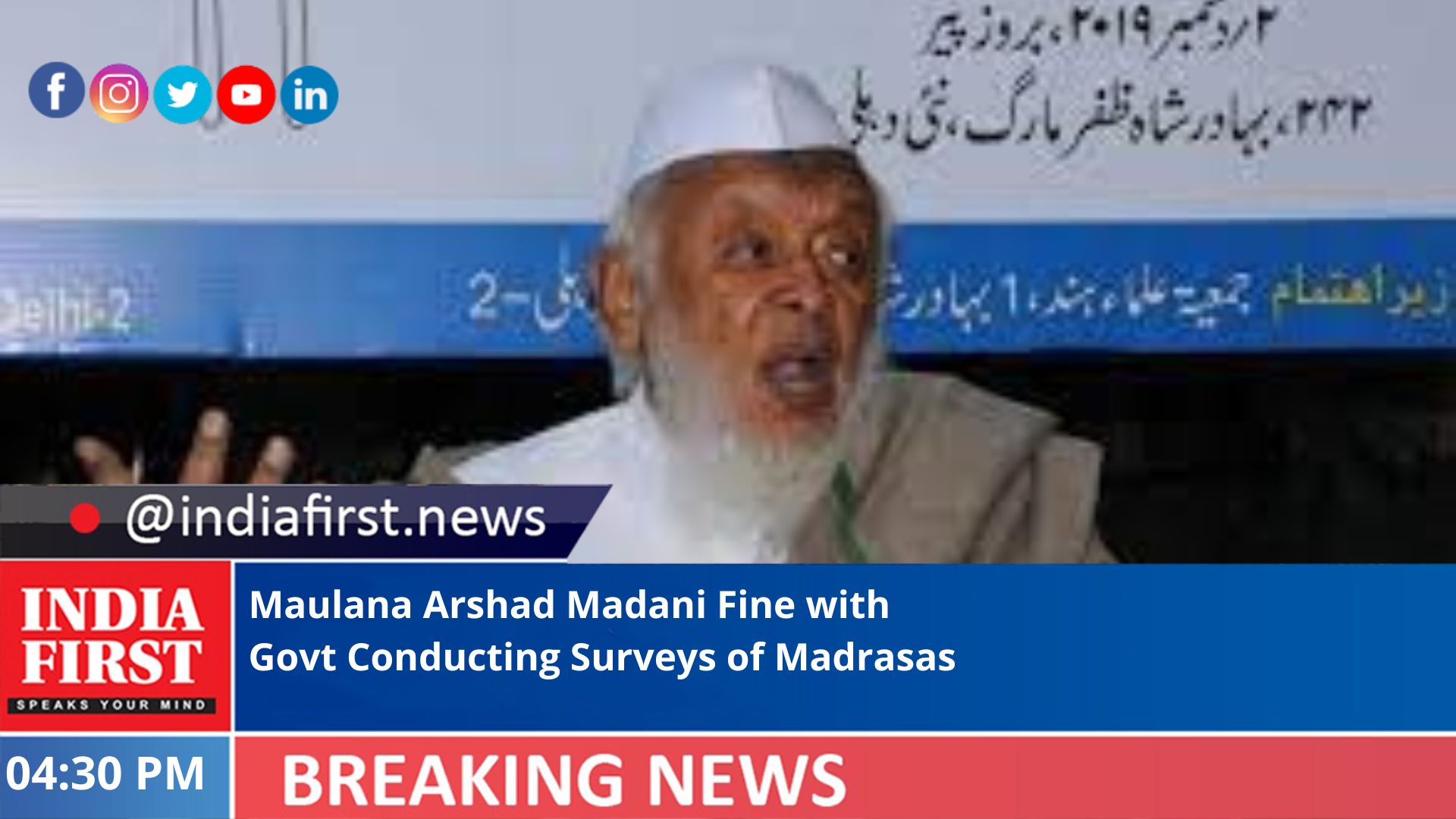 Maulana Arshad Madani, veteran Muslim scholar and principal of Darul Uloom in Uttar Pradesh’s Deoband, has said that it was well within the rights of the government to undertake a survey of madrasas.

“Let them conduct the survey. I see nothing wrong in it. There are no illegal activities being carried out in the madrasas. If any madrasa has been constructed illegally after land grab, we will have no problem if the government demolishes it,” he told reporters.

He said that the community has no problem in providing information about the madrasas to the government.

“The government can do whatever it feels is in national interest but there should be no efforts to target the Muslims. This is a message that is being sent across and we are opposed to it,” he said.

Maulana Madani said that madrasa has been the centre of enlightenment and love for thousands of years.

“Madrasas are there to fulfil our religious needs. Imams for lakhs of mosques are needed. They come from these madrasas. I have told madrasas that all questions of the government should be answered. Madrasa land should be legal,” he added.

He further said that madrasa operators have been told that there should be good and hygienic food arrangements in madrasas.

About 500 persons related to various madrasas attended the convention in Darul Uloom on Sunday and discussed the issue of survey threadbare.