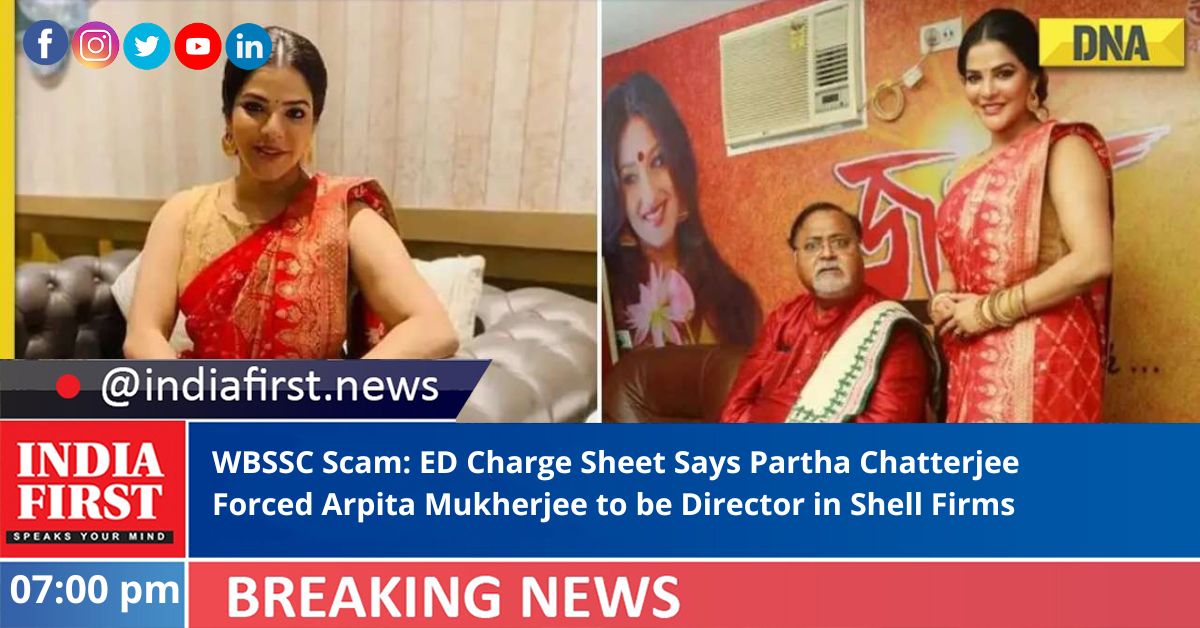 Mukherjee confessed to the probe agency that one of the accountants following Chatterjee’s instructions had been putting pressure on her to become a director in these companies, ED sources said citing the charge sheet.

The other director in the three companies is Kalyan Dhar, who is married to Mukherjee’s sister.

Dhar has already told the probe agency that he was just an employed driver of his sister-in-law and he was made a director without his knowledge.

As mentioned in the charge sheet, Mukherjee also mentioned that that she will continue to act as the director of these companies till the time Chatterjee’s daughter, Sohini Chatterjee Bhattacharya, returns to India from abroad, after which her name will be withdrawn.

Sohini and her husband Kalyanmoy Bhattacharya are currently settled in the US.

The accounts and sources of fundings for the school are also under the ED scanner.

The ED charge sheet also mentions that Mukherjee confessed to saying that the casg amounting to Rs 49.80 crore and gold valued at more than Rs 5 crore which were recovered from two of her residences, belonged to Partha Chatterjee.