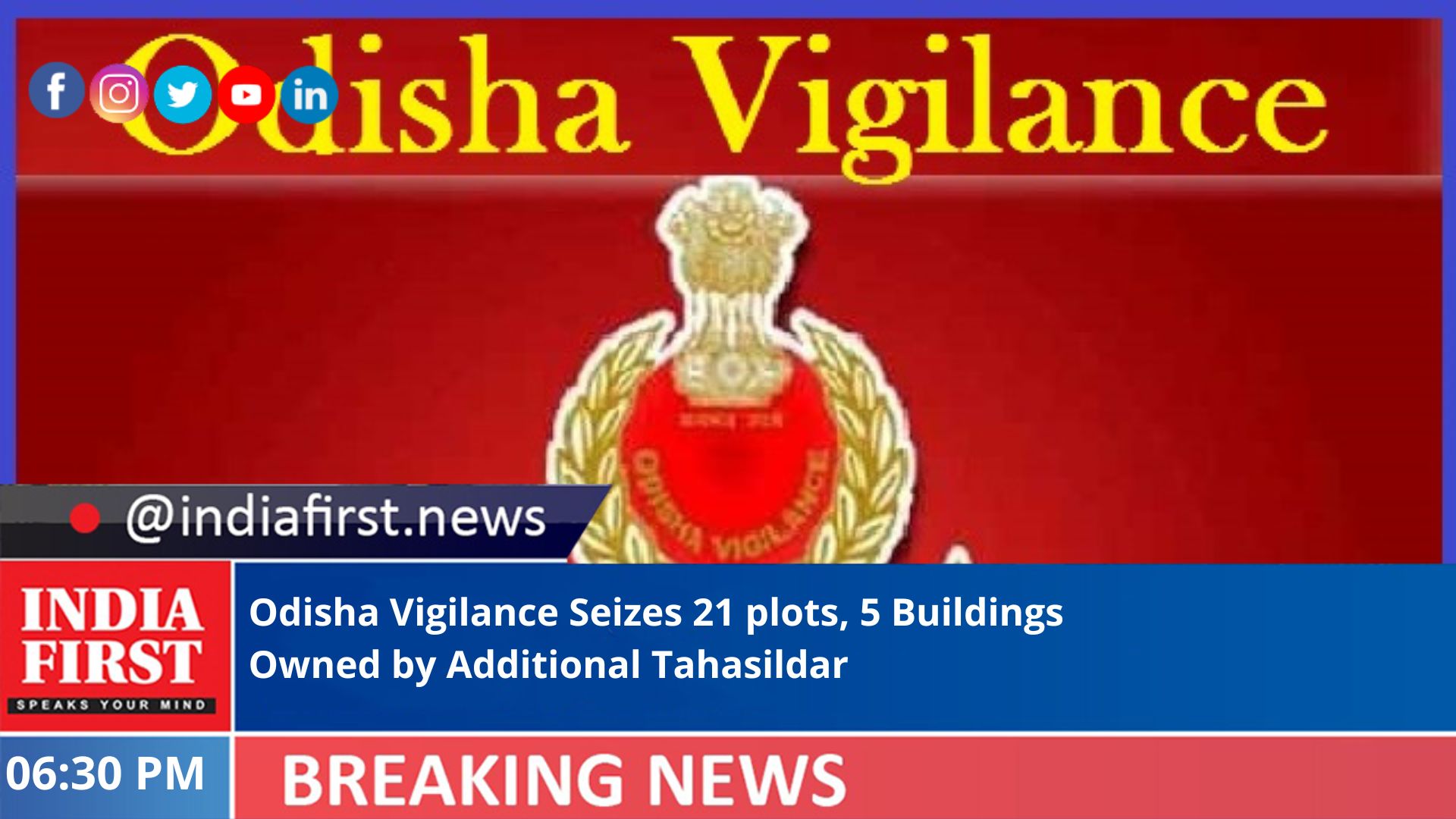 The vigilance officials said that eight teams led by four DSPs, 10 inspectors, four ASIs and other staff conducted raids on the properties of Tangarapalli additional tahasildar Kulamani Patel in Sundergarh district on Wednesday.

During the raids, the vigilance sleuths found a three-storey residential building at Lephripada worth Rs 1 crore, and a double-storey building at Chitabhanga worth Rs 46.29 lakh, the official said.

Similarly, three residential complexes at Dumarbahal and 21 plots in the prime area of Sundargarh district have also been detected by the vigilance sleuths.

The technical wing is carrying out detailed measurements of these buildings and plots, the official informed.

The anti-corruption wing of the Odisha government has also unearthed three four-wheelers worth Rs 14.48 lakh, two tractors and two trailers worth Rs 14 lakh belonging to Patel.

Bank and insurance deposits worth Rs 37.68 lakh along with gold and silver jewelleries valued at Rs 7.81 lakh belonging to the additional tahasildar were also seized during the raids.