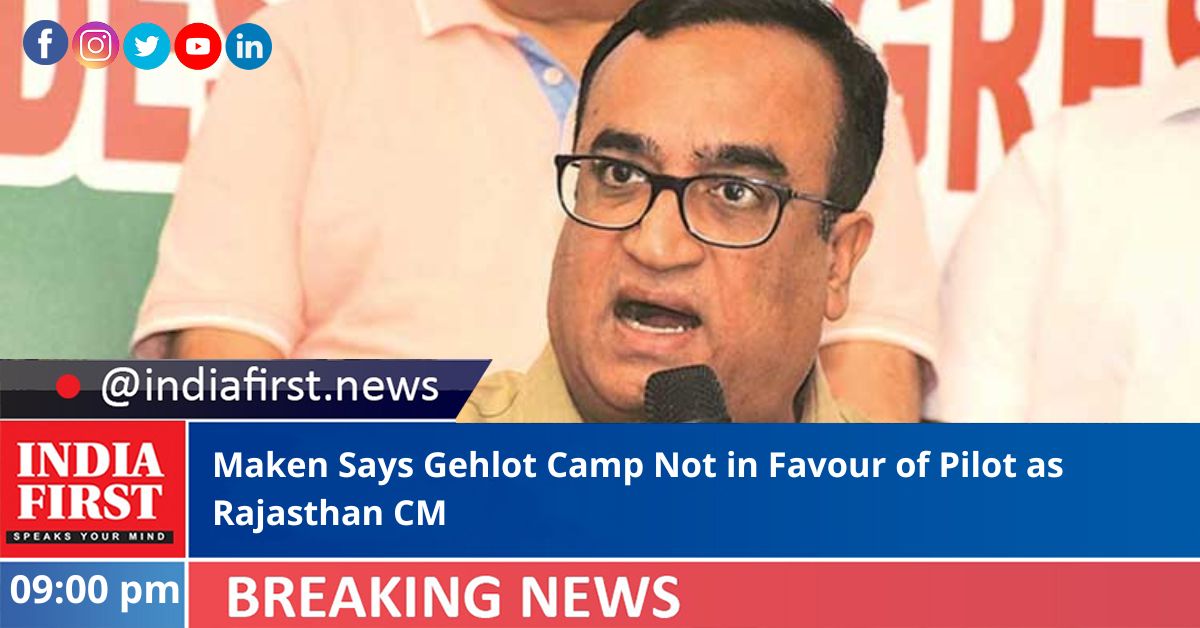 Congress leader Ajay Maken, who was in Jaipur along with Mallikarjun Kharge to convene the CLP meeting for deciding the new CM face, on Monday spoke to the media after a high-voltage drama in Rajasthan and said that three members from the Gehlot camp had met them with three proposals, which they did not accept as it raised conflict of interest.

Maken, told the mediapersons, said that Shanti Dhariwal, Mahesh Joshi and Pratap Khachriyawas, representing the Gehlot group, visited him on Sunday night with three proposals and had said ‘a strict no for Sachin pilot as the new CM’.

“In their first proposal, they said if you want to pass a resolution that the Congress high command should be allowed to take a final decision, then pass it after October 19.

“Secondly, when we told them that we wanted to talk to each of them in person, they said ‘we will talk in groups’. We categorically told them that this has been the Congress practice to take feedback from each leader and we will do the same, but they insisted on coming in groups and further insisted that ‘you will have to publicly announce this’.

“Thirdly, they said that the CM should be picked from the 102 MLAs who were loyal during the rebellion, and not from the Pilot group.

“We said that we will have one-on-one interaction with each MLA and then will give feedback to Sonia Gandhi to convey their exact feelings to her. She will talk to Gehlot and then the final decision will be taken.

“However, the three of them insisted that these three points should be part of the resolution. We waited for them to return with some suggestions on Sunday night, but they did not come.

“Now, we are leaving today and will present the report to Sonia Gandhi,” said Maken.

The Congress Legislature Party (CLP) meeting, which was called on Sunday at Chief Minister Ashok Gehlot’s residence, was cancelled as more than 90 Congress MLAs loyal to Gehlot threatened to resign, while demanding that the new CM face be picked from their group.