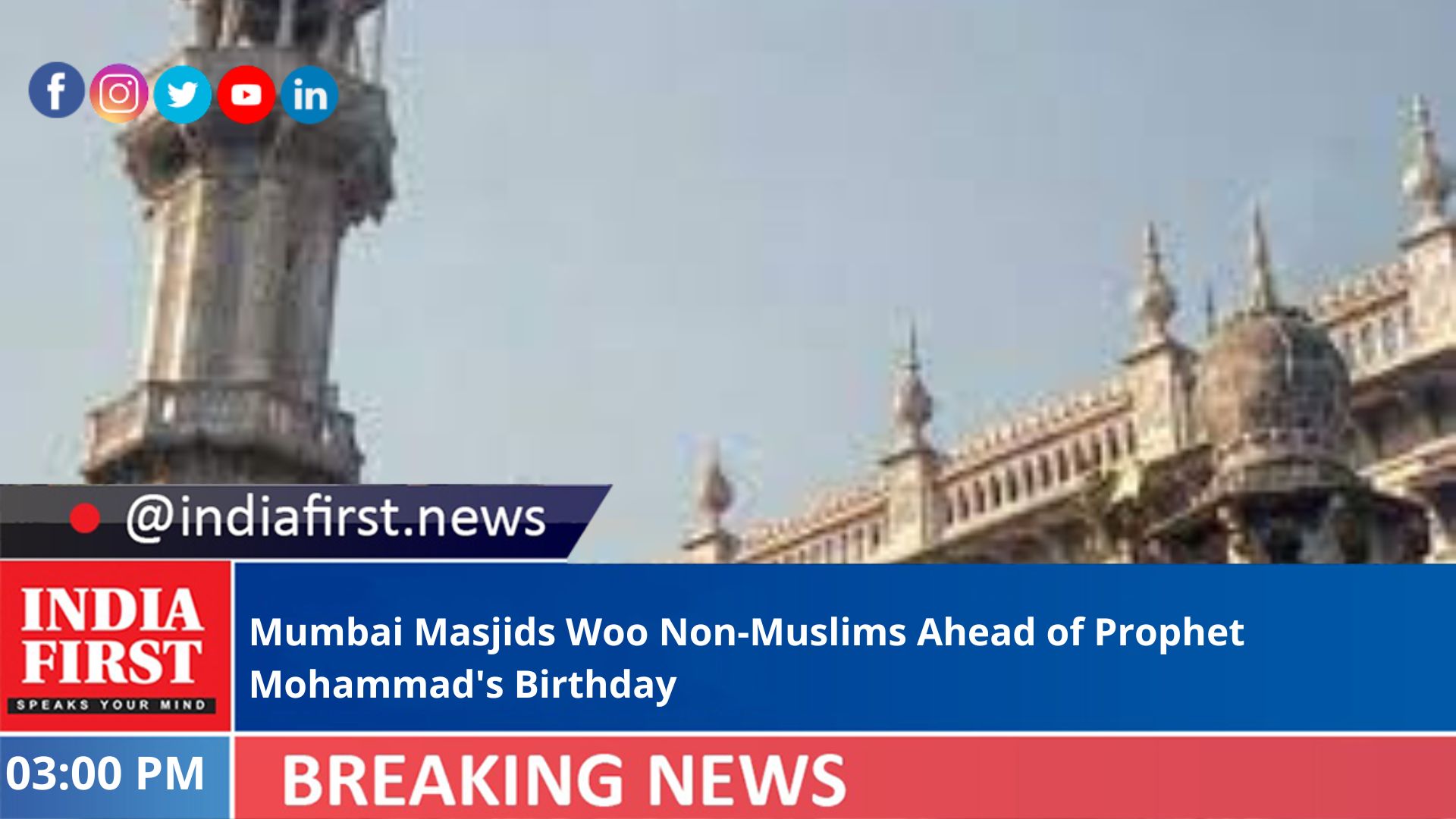 Barely a fortnight before Prophet Mohammad’s birthday on October 9 celebrated worldwide as Eid-e-Milad, several Muslim groups in Mumbai have united for a unique initiative to enlighten non-Muslims on the Prophet’s teaching and preaching and remove misgivings about Islam.

Titled ‘Prophet For All Campaign’, the initiative will see the participation of various masjids, madrassas, Muslim-run schools or colleges, NGOs, social and cultural organisations and other entities.

“This is not intended to be an evangelical exercise. We are only keen to carry the Prophet’s message of love, peace and brotherhood to all our non-Muslim brethren – Hindus, Christians, Sikhs, Parsis, Jains, Buddhists, etc – for a better understanding of Islam and its followers,” the Campaign torchbearer Adv. Yusuf Abrahani, who is also the Islam Gymkhana President, told IANS.

Besides the Prophet’s message for humanity, it will also dwell on environment, conserving water, compassion for the poor, destitutes, orphans, workers or women along with certain activities conducted specially for non-Muslim audiences, he added.

President of the Association of Muslim Professionals (AMP), Aamir Edresy said that there are around 500 registered masjids in Mumbai, nearly 400 schools and 20 colleges run by various Muslim trusts who are also being roped into the Campaign.

“We are sending appeals through the students to their families to participate in the campaign, invite at least five locals or neighbours to their homes for a meal on Oct. 9, and try to convey the Prophet’s message, with similar pleas even on social media,” Edresy informed IANS.

The PFAC will put up banners of the Prophet’s teaching which have universal appeal at major railway stations, bus stands, outside mosques or other public places, to make the maximum number of masses aware, on October 8.

On October 9, a special amushaira’ shall be held at the Islam Gymkhana featuring non-Muslim poets who have written on the Prophet with the audience comprising invitees from different communities, added Abrahani.

Explaining the principle behind the PFAC, the duo said that in recent times, certain misconceptions about Islam and Muslims have been created which have caused immense distress to the law-abiding and peaceful minority community in the country.

The PFAC hopes to dispel such wrong notions among the masses, make them aware of the true beauty of Islam, its philosophy of universal peace, brotherhood, love and concern for all people irrespective of their faith, etc, they said.

Abrahani recalled how many Muslims had fought for India’s Freedom, many had contributed in different ways to Mahatma Gandhi’s struggle for Independence, and Muslims have always remained at the forefront of various wars to protect their Motherland.

“Even during the recent Coronavirus pandemic for two years, hundreds of mosques in Mumbai and other parts of the state, besides individuals took care of lakhs of ordinary folks, threw the doors open for the migrants, the poor and needy, with meals, and a safe place to rest and refresha,” added Edresy.

The next goal is to have regular meal services for the deprived sections of society in all mosques, like the Sikh community, all mosques to remain open round-the-clock for people without any restrictions, offering other social-cultural services to the nearby communities, competitions, health initiatives, and more, as the budgets of the masjid trusts would permit.

Other members like Saeed Khan, Wamir Idrisi, Farooq Syed have urged Muslims to visit orphanages, destitute homes, old age institutions, blind persons or even hospitals on October 9 to distribute food, fruits or items of daily necessities to the needy, as propounded by the Prophet.

“On the Prophet’s birthday, various organisations, NGOs, mosques, and others hope to offer celebratory meals to around 300,000 non-Muslims across Mumbai. We shall continue this campaign on a long-term basis,” said Abrahani.

The PFAC organisers are hopeful that this will help curb the venom spewed against Islam and its followers in India by a miniscule number of amisguided individuals’ and help strengthen the existing bonds of Muslims with all other communities.