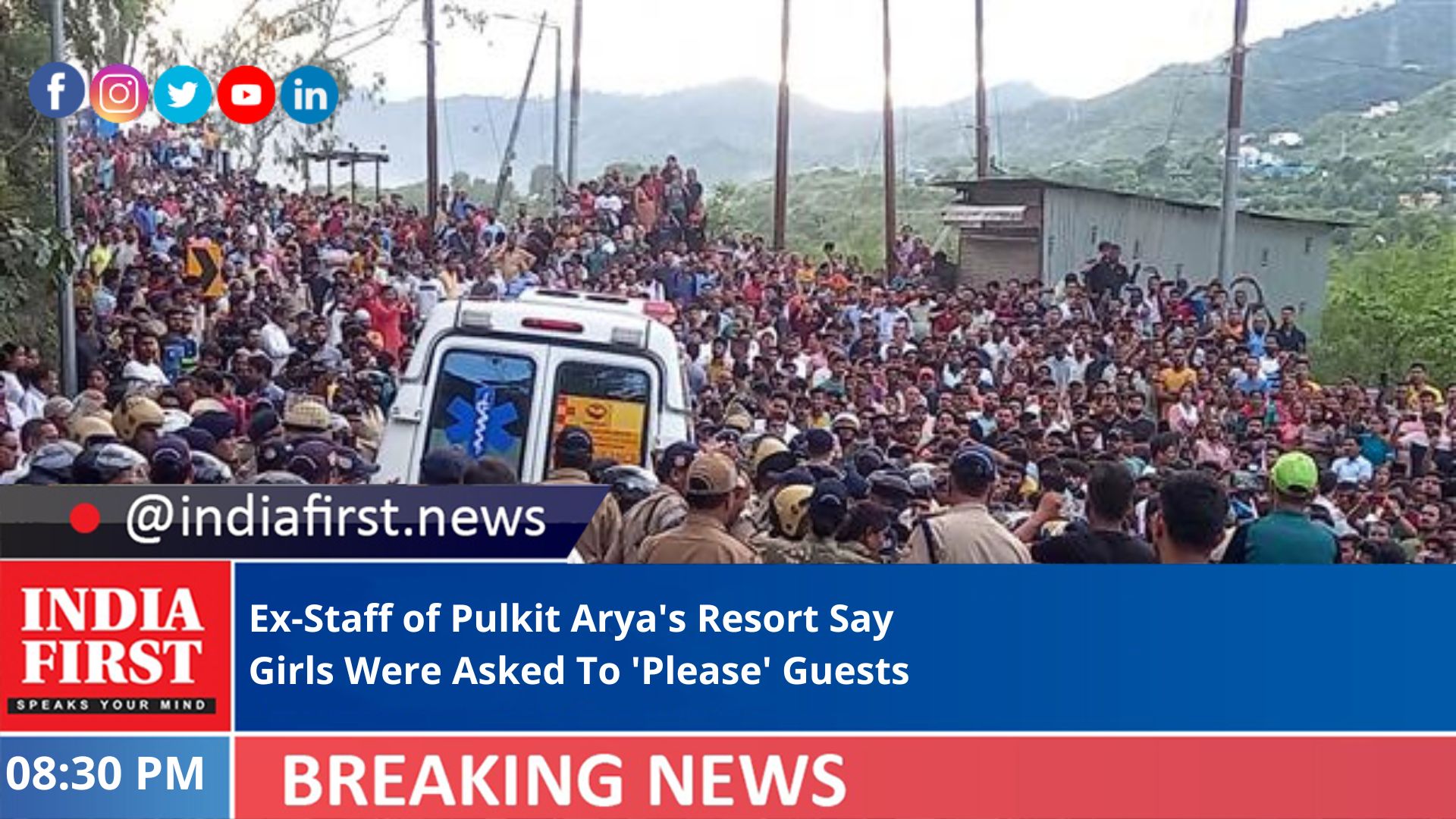 Days after Ankita Bhandari was allegedly killed by Pulkit Arya, the son of now expelled BJP leader Vinod Arya, two former staffers of the resort have alleged that girls were brought here from outside and asked to ‘please’ the guests.

Both the former employees, who are husband and wife, fled the resort to save their lives after being tortured like Ankita.

The couple, presently living in Meerut, used to do the same work till June. In just two months, they got so upset that they had to escape from the resort overnight to save their lives. Both the husband and wife revealed the wrongdoings of Pulkit Arya and Ankit alias Ankit Gupta.

These two former employees had done hotel management courses. After that they were looking for jobs. Meanwhile, they got information about the staff requirement at the resort of Pulkit Arya. They then came here and contacted Pulkit Arya and got the jobs.

Ishita, a former employee of Vanantra Resort, told the probe team that Pulkit Arya was harassing her so much that many a times she tried to escape from here, but every time she failed. Pulkit Arya used to keep the staff here trapped in his clutches, due to which it was very difficult to get out.

Ishita said that Pulkit Arya had accused her of theft as well. After being accused of theft, she apologized in writing even though she had not committed any theft. Both the husband and wife finally managed to come out from the resort.

Ishita and her husband said that there were always girls coming and going in this resort. Pulkit Arya used to give clear instructions about them that their names and numbers should never be noted. He used to bring such people here day or night, for whom these girls were brought. They said that Pulkit Arya also used to beat the staff here. As soon as someone tried to leave, Pulkit used to trap him in some way.

Ishita said that not only was liquor brought here in huge quantities, but Sulfa, Ganja and many types of intoxicants were stocked here. Some friends of Arya also used to come here, for whom special arrangements were made. Different types of girls used to come here. They stayed as guest only.

Ishita stated that Pulkit asked her husband to send her to a room. “We both felt very strange. He had also insisted on forcibly asking me to get food to the room. Pulkit Arya was drunk at that time, but I did not go there. Pulkit got very angry at this,” she said.

“Thankfully my husband sided with me, otherwise anything could have happened to me,” Ishita said.

They said that there used to be dancing and a DJ. Girls and boys used to dance together, Pulkit used to enjoy with the girls who were called for other customers.

Both husband and wife said that they were not able to get out of here. People told them to call the police, but after calling the police, they came to know that this is not a police area. This is the revenue sector. After which they called the Patwari. “Patwari came here and threatened us. At the same time, the Patwari also warned that if we try to be smart here, then we will have to face the consequences,” they said.

They said the Patwari often used to come here. Pulkit Arya had good relations with the Patwari and the people associated with him. Here, many times employees were beaten and Patwari was informed, but no action was ever taken. On the contrary, Patwari always used to threaten the employees. Patwari was always given special treatment in the resort.

The former staff said that Pulkit’s wife was fully aware of his wrongdoings. She also constantly opposed it. “Pulkit Arya’s wife had told both of us that we should not work here. She used to say that the atmosphere here is not good. Good people don’t come here,” they concluded.