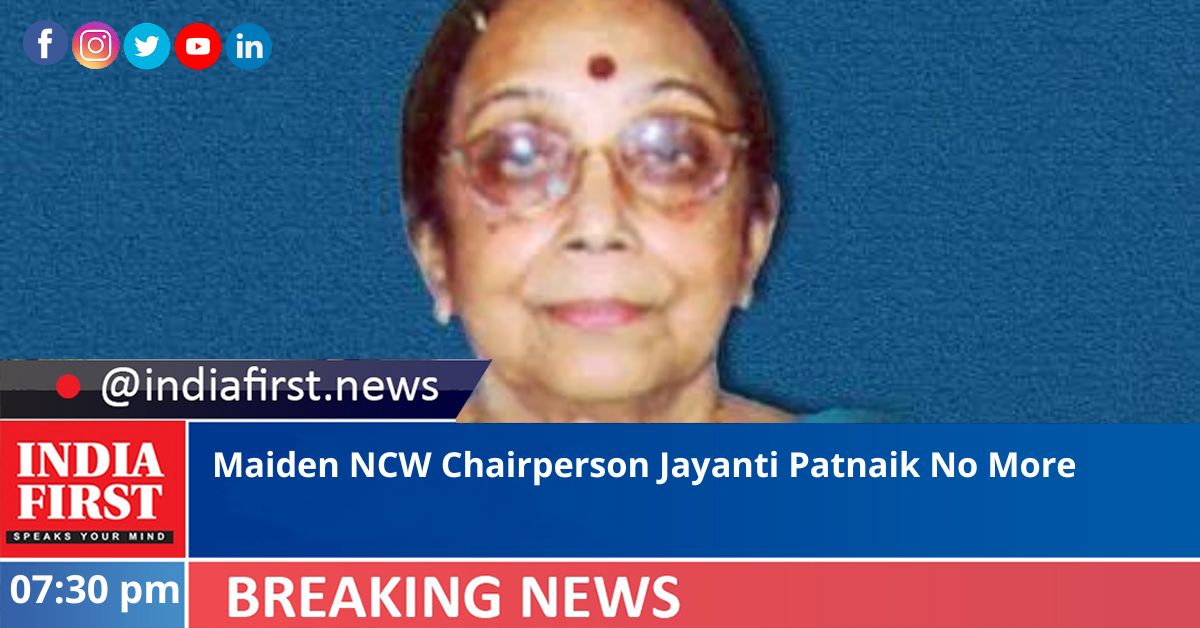 Senior Congress leader and first chairperson of National Commission for Women (NCW) Jayanti Patnaik passed away here at a private hospital on Wednesday night. She was 90.

She is survived by son Prithvi Ballav Patnaik and two daughters. Her husband, former Odisha chief minister and ex-governor of Assam J. B. Patnaik had passed away in 2015.

Jayanti was elected to Lok Sabha three times from Cuttack and Berhampur constituency and nominated to Rajya Sabha once. She was also known for her literary skills having translated K.M. Munshi’s Krishnavatara in Odia.

Condoling the death of the senior Congress leader, President Droupadi Murmu, in a tweet, said, “Sad to learn about the demise of Jayanti Patnaik, wife of former Odisha CM J.B. Patnaik. She was also an ex-MP and eminent social worker who endeared herself to the people of the state through her service and dedication. My condolences to her family, friends, and well-wishers.”